Hardship is too much, I can’t cope again — Suicidal man rescued by FRSC officers in Kogi state

A patrol team of FRSC Idah, Kogi State on Wednesday morning, rescued a man who was trying to commit suicide by hanging himself.

It was gathered that the officials on routine patrol, were informed by a commercial motorcyclist that an unidentified man was attempting to take his life by hanging from a tree. 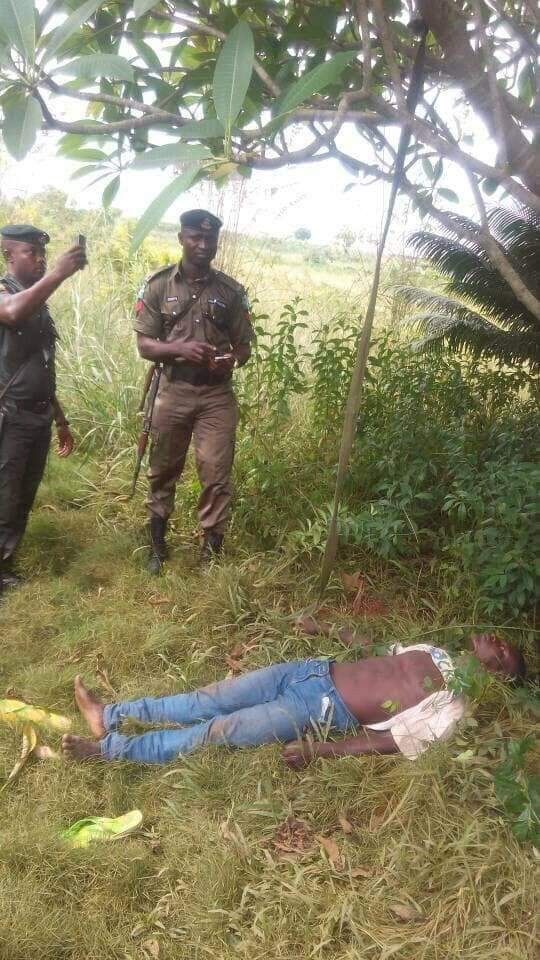 The team, immediately rushed to the location inside a bush to rescue him. The patrol team found the man in an unconscious state.

The FRSC patrol team immediately rushed to bring him down from the tree and administered cardiopulmonary resuscitation (CPR) on him and he regained consciousness.

During the CPR, the police were contacted and they met the FRSC team at the scene while administering the CPR.

When asked why he wanted to commit suicide, the man, who identified himself as Agada Opanachi, a staff of the Ministry of Agriculture said:

“The hardship is too much for me and I can’t cope than to hang myself. For the past two year I have not taken a kobo after wasted all my money for screening in lokoja.” 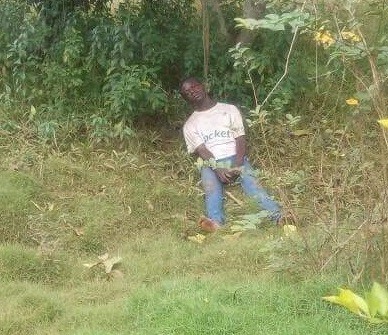 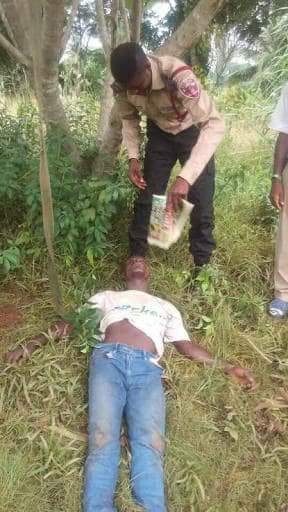