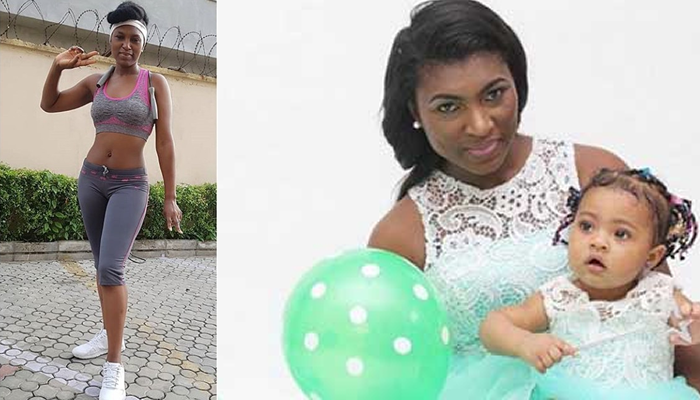 Nollywood actress hasn’t let motherhood rob her of her figure. The Mother of two shows off her enviable physique.

At the age of seven, her father coined a pet name for her: ISIO (which means “star” in Urhobo). She was so named after the star actress of the TELEFEST programme put together by NTA Benin, The Pot of Life.

Ejenobor got married on 23 April 2010 to Steven McDermott. She officially changed her name to Ufuoma McDermott on May 23, 2014 at a Lagos high court.

She started a career in entertainment with modelling in 2000 as a photographic model and later moved on to the runway and beauty pageants.

In February 2004, Ejenobor decided on a movie career. Starting off with Zeb Ejiro’s The President Must Not Die, she has continued to have roles in movies. In May 2005, she played her first lead role in Life and Death, her third movie after The President Must Not Die and Guy on the Line. By December 2005, she played Chibuzor on the Edge of Paradise TV series produced by Royal Roots network.