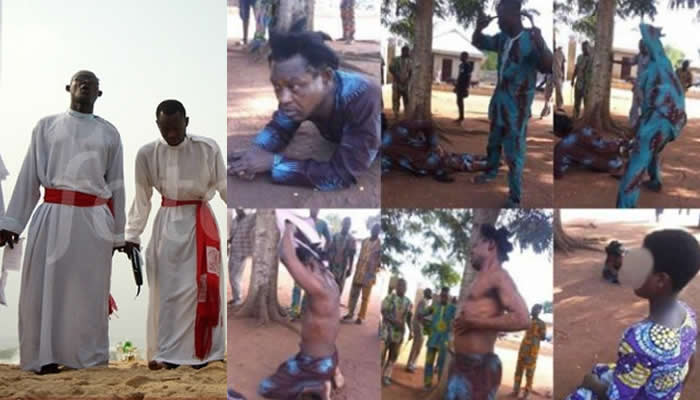 Residents of Ilashe, Ogun state have apprehended a clergyman, Pastor Micheal of a Celestial Church of Christ parish in Ilashe, who allegedly abducted and impregnated a 10-year-old girl who went missing in February.

Michael abducted the little girl and kept her in his home where he turned her into his sex slave. In no distant time, he impregnated her.

‘’Prophet Michael seized the girl in February and kept her in his house and impregnated her. He had somehow hypnotised the girl to the extent that she would hide from her schoolmates whenever they passed through the area where Prophet Michael’s house is located.

The girl was however spotted by her parents on April 29th while she was sweeping the compound. She told her parents that she was kept in the house by Prophet Michael and she was discovered to be pregnant for him.’’an eyewitness said