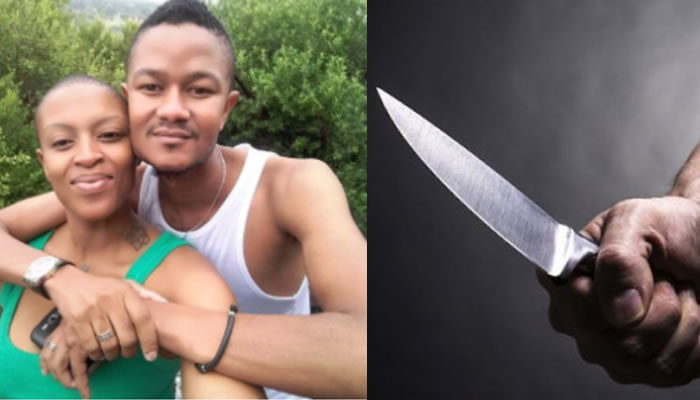 Man stab girlfriend, mother of two to death for breaking up with him

A mother of two, Mosidi Sheila, was last night stabbed to death by her ex-boyfriend after she broke up with him. 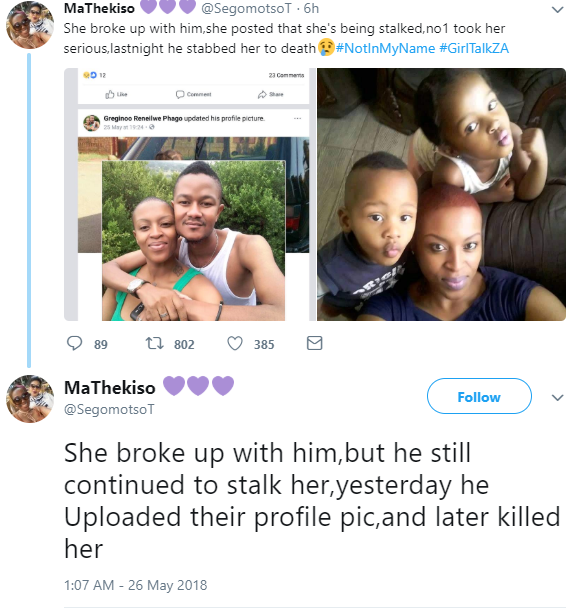 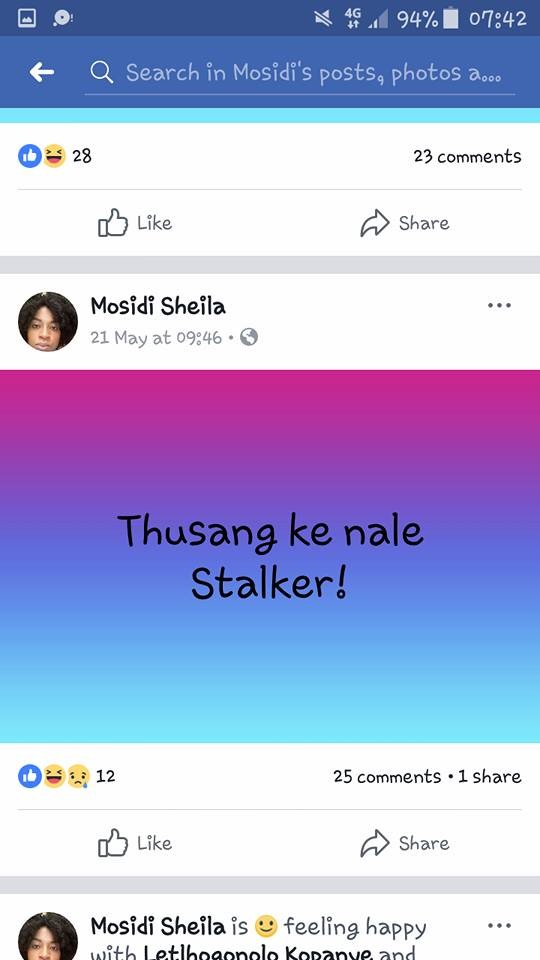