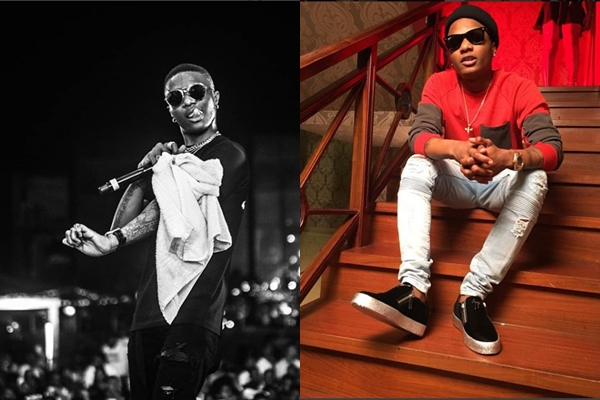 Wizkid: I Don’t See Myself Getting Married To Any Woman

Nigerian superstar singer, Wizkid, born Ayodeji Balogun, is a ladies’ man. Since he hit the limelight some years back with his debut track ‘Holla at your Boy’, he has continued to win many hearts with his good music and many women, as reports claim, have seen his birthday suit while warming his proverbial fluffy bed. Yet, he can’t seem to get enough!

For the Star Boy, there have been Sola Ogudu, Binta Diallo and Jada Pollock, each with a bouncing baby boy for the singer. Three baby mamas and three sons, may look good enough for any randy man but not the ‘Pakurumo’ crooner as he has stated in a recent interview that he loves women too much to settle down with one. In the interview he admitted to having several girlfriends and claims all his girls know he has other girls. When asked if he will ever settle down with any particular one, his reply is one that will give no woman hope, not even Jada Pollock, who stuck by the singer when his two other baby mamas, Sola Ogudu and Binta Diallo labelled him ‘deadbeat’ father in the full glare of the public.

“That will be hard because I have a lot of women that are really, really dear to my heart” he said.

Wizkid is known to have romanced many women in his illustrious career and may be a vain attempt to list them in this piece. However, rumour has been running rife that the latest woman rocking the Star Boy’ s world is MAVIN First Lady, Tiwa Savage. At his sold-out Afrorepublik concert in London which held recently, Wizkid might have been telling us something that there’s actually something juicy going on between him and the ‘Kele Kele’ crooner as he introduced her on stage to join him to perform their popular duet ‘Malo’ with some intimate words. It wasn’t the normal introduction of a co-star, as the singer called Tiwa Savage “Someone special”, adding “Stay sexy for daddy.” After their epic performance the duo sealed the romantic night with a passionate kiss and a lingering hug, which many have interpreted as ‘a work in progress’.