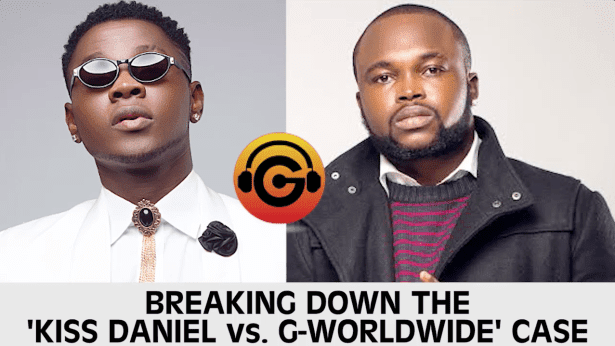 There seems to be no end to the saga just yet for Kiss Daniel as G- Worldwide says name change doesn’t free him from having his day in court.

There seems to be no end to the saga just yet for Kiss Daniel as G- Worldwide says name change doesn’t free him from having his day in court.

The artist, Daniel Anidugbe, formerly known as Kiss Daniel had in a covert move effected changes to his stage name across his social media handle and as confirmed to newsmen by his manager, Ubi Franklin, he is now to be known as Kizz Daniel.

The name change was immediately followed with the release of music videos from the likes of Omawumi and DJ Spinall that had featured the artist, which many viewed as an indication that the singer was now free from all ties and obligations to his previous label, G Worldwide Entertainment.

However, in a chat with Punch, Daniel’s former manager, Louiza Williams, debunked this, stating that the singer’s recent action had no effect on the court case.

“I actually did not know that he had changed his name until you told me. However, there is no big deal about that; it has nothing to do with the case.

The next court date is June 26. It is not true that the case has been settled; so, I don’t know where all those reports came from. If there was anything like that, I would be aware of it.

Though Kizz Daniel doesn’t come to court personally, his lawyers appear on his behalf and I am sure they pass relevant information across to him accordingly. The court ruled that both parties should maintain the status quo, but Kizz Daniel is doing what is best known to him, which is contrary to what the court ordered.”

It will be recalled that following a four year period signed as an artist with G Worldwide Entertainment, which saw him release his debut album, New Era in 2016, Kiss Daniel had announced his exit last year, setting up his own imprint, Flyboi Inc.

This immediately led to the label instigating legal proceedings against the artist and it is believed that the case which was rumoured to have been won by Kizz Daniel remains in court with a rescheduled hearing due for the coming month.