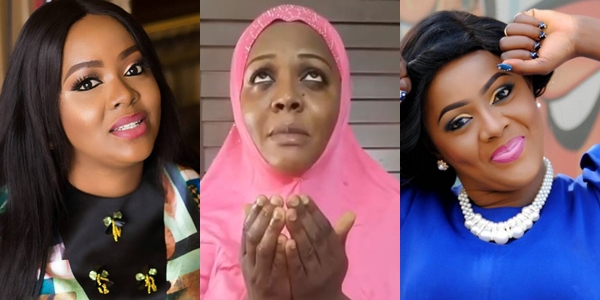 Comedienne, Helen Paul Slammed By Muslims For Wearing Hijab in A Comedy Skit

Just days after singer Falz was asked by MURIC to take down his ‘This Is Nigeria’ video which saw hijabi girls dancing Shaku Shaku, another entertainer Helen Paul has also been called out.

Helen was called out by Muslims for wearing the ‘Hijab’ in her latest comedy skit where she made a parody video of Olamide’s hit song ‘Wo’.

The fan who called her out wrote;

Nonsense, why are you like this, must you do your nonsense joke wth religion? Other people’s religion to be precise.. You better be very careful’.

There is a Christian version of Boko Haram, MURIC alleges after the…

‘your two brain cels need to be thawed out. Evidently, they are overheated. I’m not responsible for the several nights of sleeplessness caused by the mosquitoes that won’t let you sleep while you keeo slapping your face all night. If you don’t like the vid, go watch some more of the depressing ones you’re used to . Doofus’.

Comedienne, Helen Paul, shares rare photo of her hubby as she celebrates him on IG