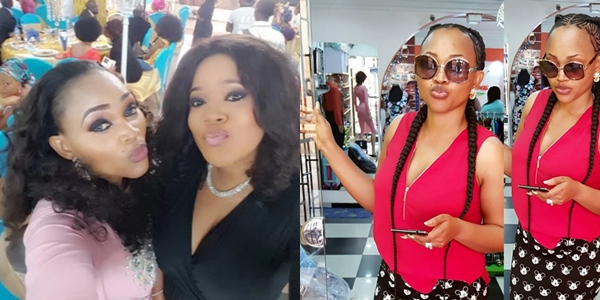 Delectable Nollywood Actress, Mercy Aigbe is far from done with her colleague, Toyin Abraham as she has again thrown major shades at the latter.

Recall that Toyin and fellow actress Eniola Badmus got into a bit of a row a few weeks ago following Eniola’s post on IG which saw her promoting her movie ‘Ghetto Bred and making it known there is just one ghetto movie.

Mercy who had an issue with Toyin a few days ago with, an issue which saw Toyin accusing Mercy of destroying her first marriage, is letting everyone know her stance on the issue.

She shared Eniola’s movie’s poster on her IG handle with the caption;

See how Nigerian celebrities lightened up Instagram with dazzling…

If you are a side chic dating a married man, you better be cashing…

#ThisIsNigeria: Before we kill Falz

The beating from my husband almost killed me, Mercy Aigbe reveals why she left her…