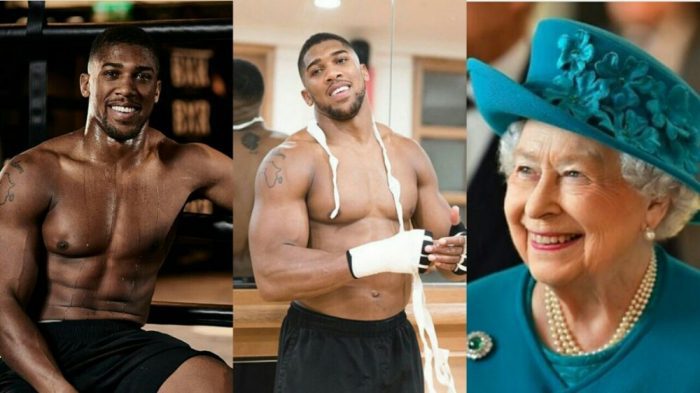 Anthony Joshua Gets an OBE Honour From Queen Elizabeth II

Nigerian-born British world heavyweight champion Anthony Joshua has received an Officer of the Order of the British Empire (OBE) in the Queen’s Birthday Honours.

An OBE is a Queen’s honour given to an individual for a major role in any activity such as business, sports, charity or the public sector. 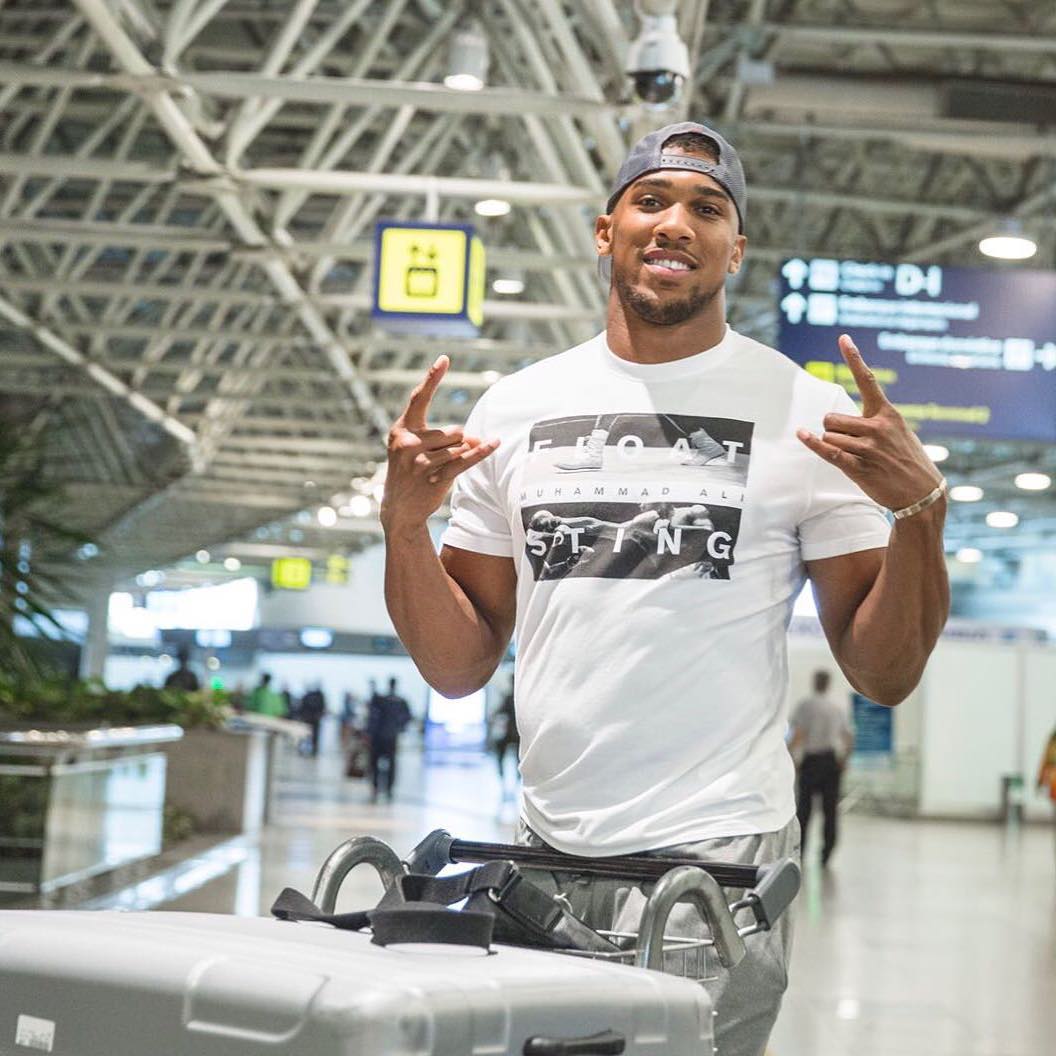 Joshua is currently the World Boxing Association, International Boxing Federation and World Boxing Organisation titles after defeating Joseph Parker in their March unification clash in Cardiff and was honoured for his services to boxing. 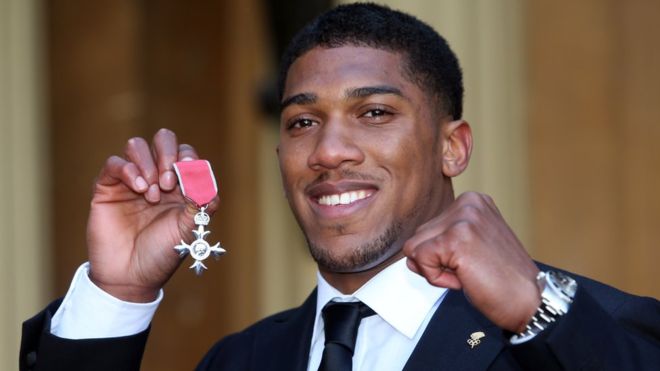 The 28-year-old Joshua was rewarded with an MBE in 2013 after claiming an Olympic gold medal at the London 2012 Games.
A Joshua versus WBC champion Deontay Wilder is on the cards, but Joshua insists negotiations must remain ‘realistic’. “Everyone has seen the gold at the end of the rainbow, and everyone wants a piece,” he told Sky Sports. “It’s not a problem, there’s enough in the pot for everyone to eat, but just be realistic and that’s all it is.”
Other sports people honoured in the list announced on Friday night include England and Bournemouth striker Jermain Defoe and Liverpool legend Kenny Dalglish.

“I have achieved so much more than Tyson”, Anthony Joshua…