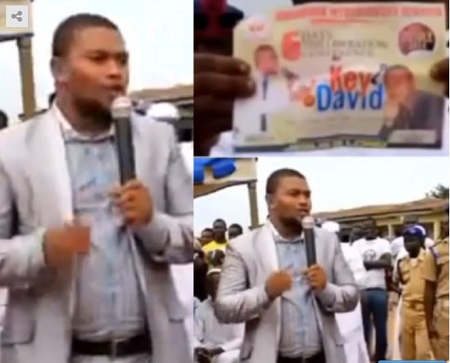 An Ebonyi State Pastor has dropped some shocking confession, as he converted to Islam following his encounter with Allah in his dream.

According to the Ebonyi State Pastor who disclosed that his father is the district superintendent of a popular church in Abuja and that the former Governor of Ebonyi State, Dr. Sam Egwu is his uncle, when people hear that someone is converting to Islam, they feel it is because of money.

The Pastor who spoke in the gathering of Muslims, said he was one of those who hated Allah, but after his encounter of Allah in a dream, he has decided to embrace Islam.