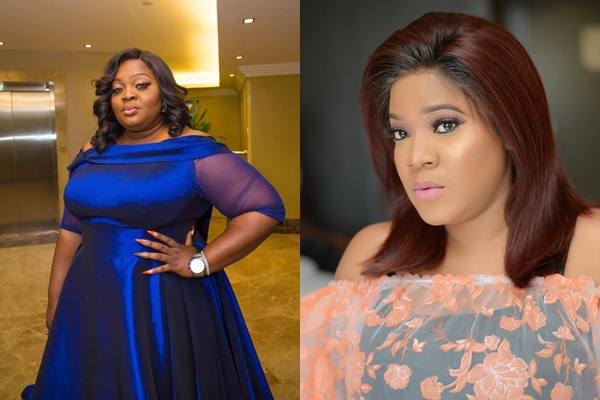 Nollywood actress Eniola Badmus has once again slammed Toyin Aimakhu for using the title of her new movie “Ghetto Bred” on her movie trailer.

In a recent chat with Pulse TV, Eniola addressed why she called out Toyin in April when she released the trailer of her new movie “The Ghost and The Tout”.

Here is how Eniola addressed the controversy:

“I really don’t know what the story-line [for “Ghost and the Tout” looks like. And also, the title of the movie is not the same as mine.”

But Toyin Abraham was able to use the title of my movie on the cover of her movie trailer, which got a lot of people thinking, “okay, what’s going on?” “This is not Ghetto Bred, Eniola Badmus has been publicizing Ghetto Bred’ for quite some time.’

I have been doing a whole lot about ‘Ghetto Bred’ since July 2017, so why is she using it as the cover for her movie trailer? So that was the only thing that got me talking.

So I put up two posts – “there can only be one “Ghetto Bred” produced by Eniola” and “abeg oh, I dey beg, make una consider mine also.’ So that’s about it. I’m not in any beef with anybody. I just said mine and I moved on from there.”

I will act nude for a billion naira – Actress, Liz Da Silva