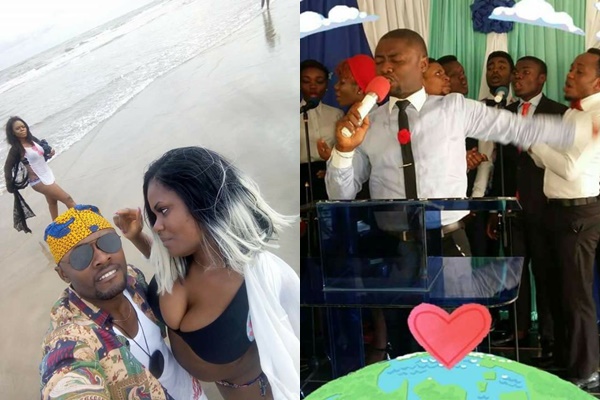 The choir of a church has had people talking about him after sharing photos of himself relaxing with a scantily-unclad lady in a beach.

The gentleman, identified simply as Kingsley also happens to be the son of a clergyman in Akwa Ibom. He chose to hang out with the lady whom he referred to as a friend turned sister as she marked her birthday with friends.

Like every other social media user, who likes to share their memories online, the choir master decided to post fun pictures with the busty lady, but failed to put in mind, his status as a choir leader.

The pictures have since gone viral online with many Facebook users reacting to them.

While some are giving him some social media whooping for posting the pictures online, others see nothing really wrong with it…