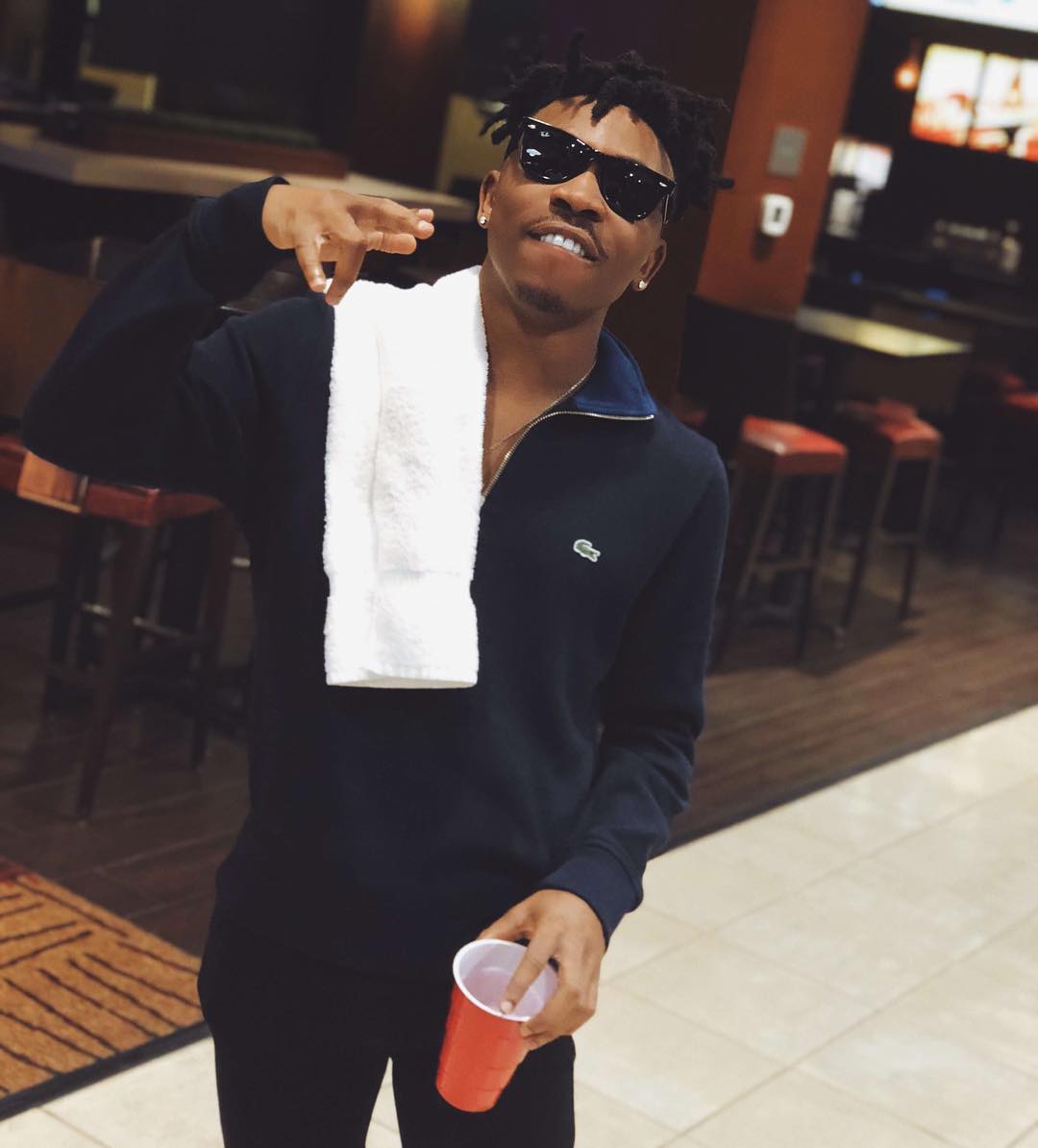 In the early hours of Thursday, June 14th, 2018; Mayorkun took to Twitter to say a prayer against harassment from the hands of SARS officers. The singer’s tweet was still fresh when comments started to troop in. One of the comments was made by popular OAP, Dotun. The radio personality revealed the reason behind Mayorkun’s sudden prayer against SARS harassment. 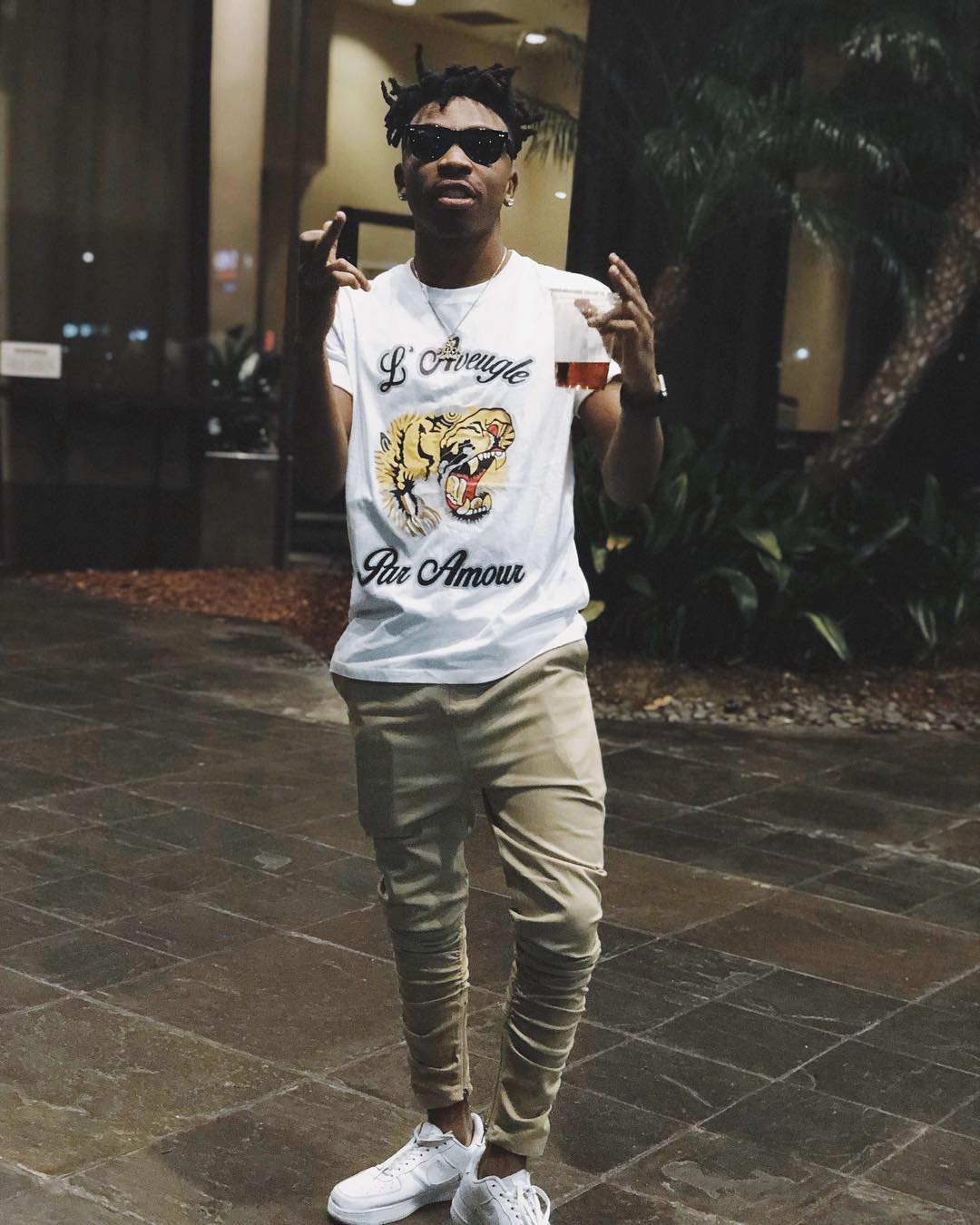 Dotun revealed in his tweet that he was scheduled to have an interview with Mayorkun yesterday but the interview did not hold because SARS officers ‘caught’ the singer. From the tweets, it can be deduced that Mayorkun was made a victim of harassment by SARS officers. Mayorkun joined the likes of Reekado Banks, Dr SID and others on the list of artistes who have been harassed by SARS officers.

The SARS group has become notorious for oppression and brutality against innocent young Nigerians who are often confused for fraudsters. The illicit actions of SARS officials has caused public outrage and led to the call for the unit of the police to be scrapped. 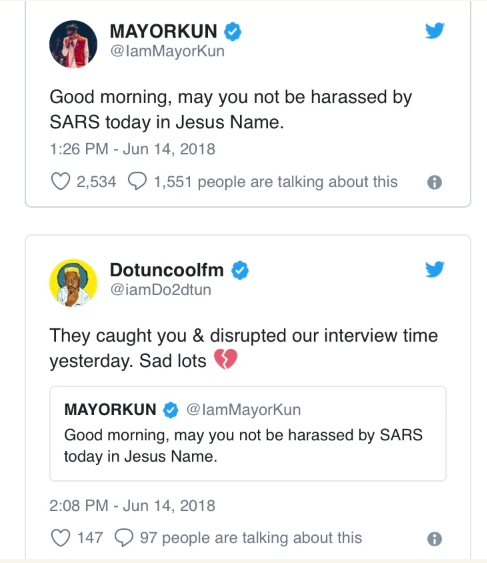