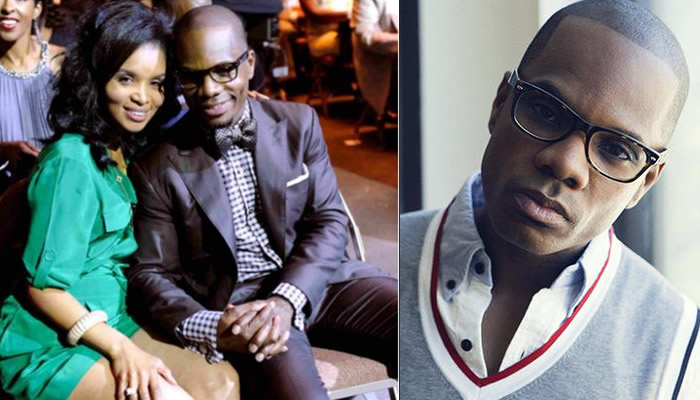 Kirk Franklin expresses regrets, feels he could have done more for his sibling after his sister was sentenced to 30-years in prison.

Gospel singer Kirk Franklin. has revealed on Instagram that his sister has been sentenced to 30 years in prison, although, the 12-time Grammy Award-winning gospel artiste didn’t disclose why she was given a 30-year jail term.

Back in 2015, he shared details about his drug-addicted sister saying,

“For over ten years, my younger sister was incarcerated in a facility here in Texas. She was in love with a young man who was [a] drug dealer. He introduced her to not only selling drugs, but using as well. When he was arrested for drug trafficking, she was arrested along with him.”

Soon as she was released, “She quickly started using again, becoming very reckless with her body, which turned into her using it as a means to pay for her habit.”Kirk said.

In the post, he shared to his Instagram page, Kirk wrote: My Sister was just sentenced to 30 years in prison, now I feel the weight of wondering if I could have done more”. See his his post below.

We didn’t raise our children to be religious – Gospel…

Kirk Franklin reconciled with his dying father, who gave him up for… 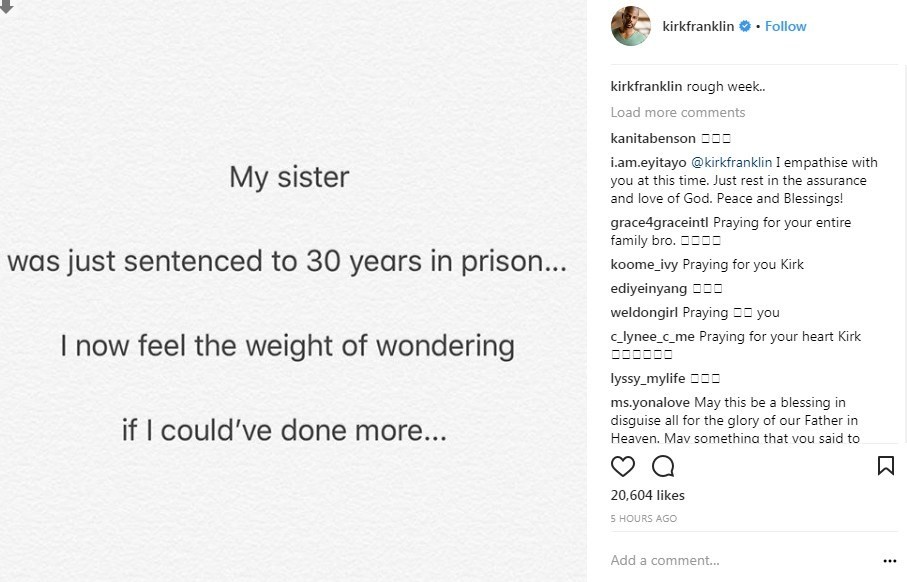