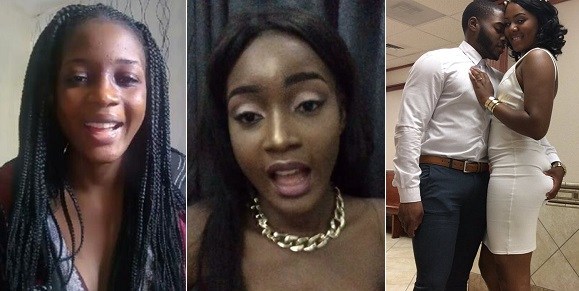 I have brought to you the “the signs he doesn’t like you”. Today is going to be different because the table will be twisted to the other end. When you like someone, it is normal you don’t care if the person likes you back, and you keep trying to make the person like your or keep sticking around. I would only advice that it is way better if you move on with your life if the person you’re interested in, isn’t interested in you. How do you know someone isn’t interested in you, or doesn’t like you? For the women, I would like you guys to click on this link below because it is for you.

And for the men out there, in order not to waste your time and energy on a woman, there are signs she would portray that she doesn’t like you. Move on when you notice any of these signs.

BODY LANGUAGE: when you guys are out together, she wouldn’t have her body centered on you. She would probably cross her leg to the opposite direction of the seat, her eyes and face won’t be on you, but on the possible surrounding she can feed her eyes on. This will get her distracted from you because she has no interest on you. Your discussion will easily be forgotten and when you ask her a question, she will be confused. If she is interested in you, she would look at you and give you a 100% full attention.

COMMUNICATION: if you don’t certainly get the sign from her body language, you will get it from the way she texts you and speaks to you. Her responses and replies would always be straight to the point and always short. You would probably be the only one asking questions and talking about your day.

SHE FLAKES: now, this is just so mean and annoying. If she flakes on you more than once, she doesn’t like you. She is always cutting off and outing or a date, cancelling it and giving excuses for it. She doesn’t respect your time. This isn’t want we want from a lady we like, do we? Be with someone that does want to hang with you without you feeling you’re pressurising her. Be with someone who respects your time.

She keeps saying “friends” in whatever conversation you have. She doesn’t like you and maybe doesn’t want to tell you directly by telling you straight, so she calls you a friend, makes statements with friends like “you’ve been such a good friend to me, what would I do without a friend like you, we are friends”, etc.

She avoids physical contact: whatever you try to do to touch her, she moves far away from you. She doesn’t want a touch, hug, shaking of hands. Anything that would be touching her, don’t do. She would just be very far away from you.