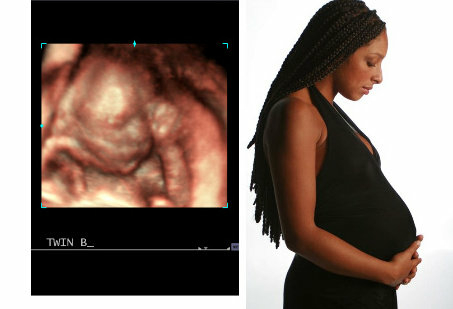 Here’s what you need to know about IVF:

What is IVF, exactly?

Basically, IVF involves taking sperm from your partner or a donor and matching it with your egg or a donor egg to create an embryo in a lab. That embryo is then implanted in your womb, where it hopefully results in a successful pregnancy.

IVF is primarily done for women with infertility caused by damaged or blocked fallopian tubes, severe endometriosis, or other unexplained fertility issues, according to the American College of Obstetricians and Gynecologists.

Once you’ve decided IVF is right for you (and decide to use your own eggs, as most women do), you’ll begin daily injections-typically in your butt, lower abdomen, or upper thigh-over a period of nine to 11 days to help your body produce multiple eggs, Alfred Rodriguez, M.D., medical director of advanced reproductive technology at Texas Health Presbyterian Hospital Plano, previously told WomensHealthMag.com. Some injections can be tough to do on your own, so you may need to get your S.O. or a friend to help out.

Everything to know about IBS

Benefits of Sleeping Well Before an Exam

During that time, your doctor will also monitor your progress with ultrasound and measuring your estrogen levels.

Once your eggs are mature, they’re retrieved from your ovaries (which, TBH, isn’t exactly fun-you’ll need to be put under anesthesia for the retrieval).

After that, your eggs will be fertilized by sperm and allowed to grow outside of your body in a lab for three to five days before either planting one or more in your uterus or freezing them for later use, according to Planned Parenthood.

From then on, it’s like a typical pregnancy-just with a little more monitoring (and possible progesterone shots) to make sure the embryos survive in your uterus, per Planned Parenthood.

Okay, let’s talk about how much this type of thing costs…

To be super clear: IVF isn’t cheap. The exact cost varies depending on the clinic you use, but they typically run you about $13,000-15,000 per cycle, says Rodriguez.

However, if you have certain health conditions or age-related fertility problems, it might cost more due to increased medication requirements, chromosomal screening of the embryos, and multiple cycle requirements for older couples, he adds.

How likely is it that I’ll have a baby after IVF?

Every woman is different so it’s hard to say, but age does seem to play a role in success rates. It’s around 50 percent at age 30, according to the Centers for Disease Control and Prevention, 21 percent for women in their late 30s, 11 percent in women 41 to 42, and lower after that.

Ultimately, if you know you’re going to need IVF to conceive, it’s better to do it sooner rather than later, if you can swing it.

It’s important to keep in mind, however, that if you’re having trouble conceiving, it doesn’t necessarily mean that you’re going to go straight to IVF. There are plenty of other things doctors can use to help you conceive first (such as intrauterine insemination, where healthy sperm are placed in the uterus right around ovulation, according to the American College of Obstetricians and Gynecologists. IVF is usually seen as the process that’s used when other options fail.

The bottom line: IVF is a long, pricey procedure, but it can help women with infertility conceive successfully.