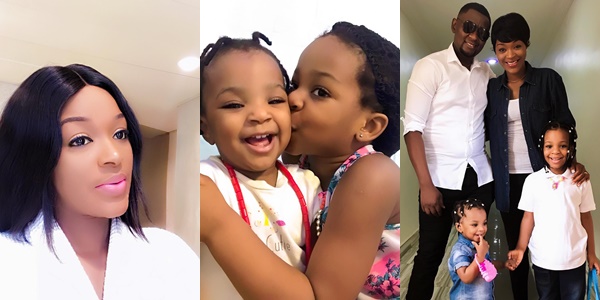 Charity Eke, popularly known as Chacha Eke Faani, is a Delta State-based . Her rise to fame came when she starred in the 2012 drama film, The End is Near.

Eke is the daughter of Ebonyi State Commissioner for Education, Professor John Eke. She got married to Austin Faani a movie director in 2013, and they’re now blessed with two girls which are Kamara Faani and Kaira Faani.

The beautiful actress recently shared an adorable photo of her daughters.

She shared the photo with the simple caption:

She recently relocated to the US with her husband.

Actress, Chacha Eke & Husband Relocate To The US With Daughters