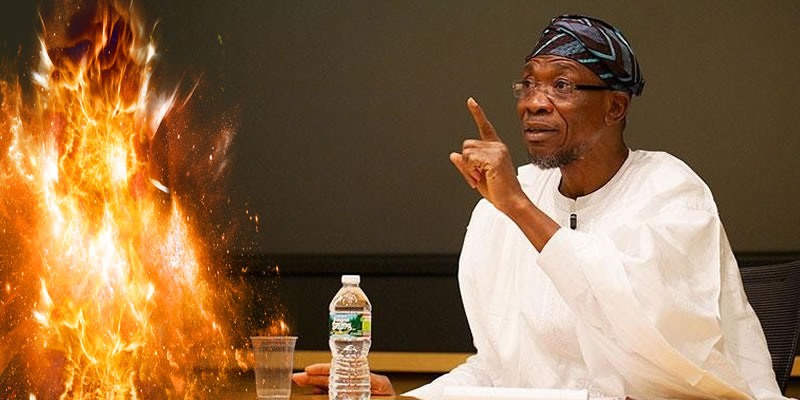 The office of the Osun State Governor, Mr. Rauf Aregbesola, at the State Secretariat, Osogbo is currently on fire just 1 month to Osun State gubernatorial election.

The fire started from an air conditioner inside the governor’s office, but the governor was not around. A source said the fire was devastating because the security doors leading to the office could not be opened as the fire raged.

This is happening just 30 days to the State’s governorship election that is scheduled for September 22.  Governor Aregbesola was reportedly not around when the fire started.

According to online publication, Osun Defender, “the fire outbreak occurred at the White House office of Governor Rauf Aregbesola in Abeere on Monday evening.”

Eyewitness account revealed that the inferno started around 4pm.

“The Deputy Governor, Mrs. Titi Laoye-Tomori, and other top government functionaries were seen at the scene making frantic efforts to arrest the situation,” Osun Defender claimed.