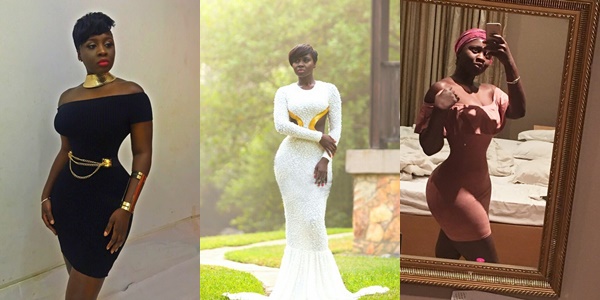 Princess Shyngle the Ghana based Gambian actress has mentioned that she has been receiving death threats ever since she threw shades at female celebrities who are still single and attending weddings despite being over 30 and almost 40. 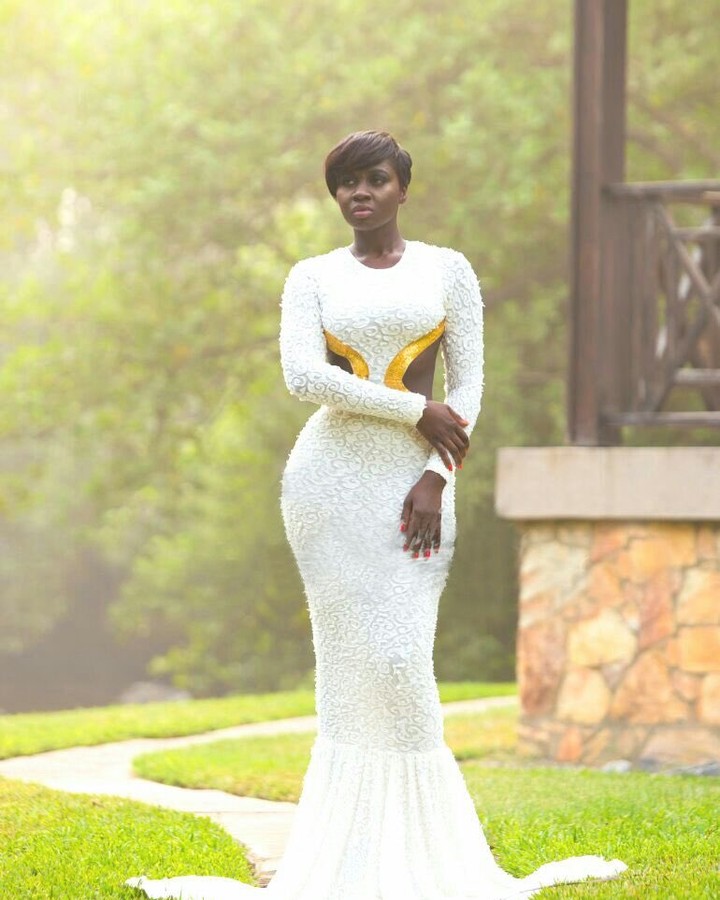 Recall, The Gambian actress went on a shade roller-coaster after she shared a collage of some Ghanaian celebrities who got married between 2017 and 2018 and wondered if female celebrities above 30 and 40 don’t feel bad when they attend weddings of their male colleagues. 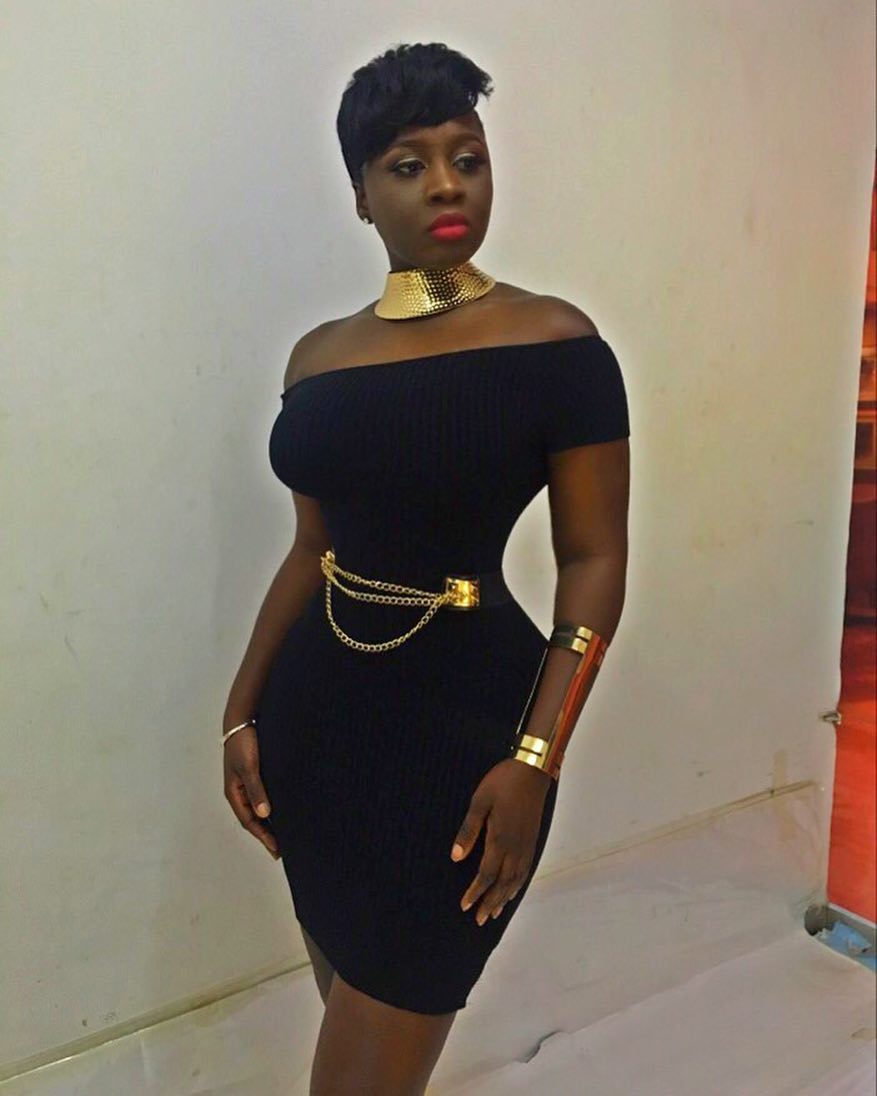 Princess Shyngle took to her Instastories to make the revelation also mentioned that she is an Urban girl and is not shaken by any of the threats she has received so far.

She also went on to say some other people threatened to have her deported to The Gambia, this she is so much willing to accept if it ever comes

“I’m a proud bisexual girl, I swing both ways”,…

“Omg my dm is popping even death threats all cuz I said celebrities ain’t getting married na wa.” 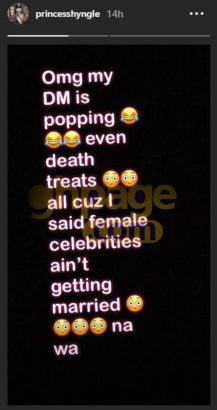 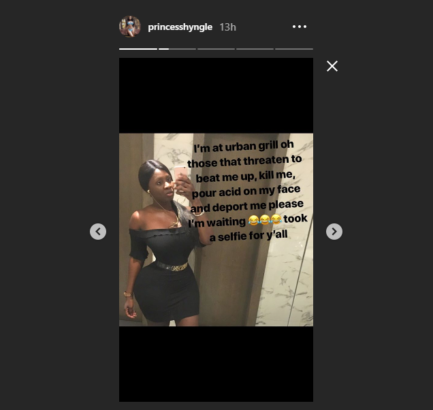 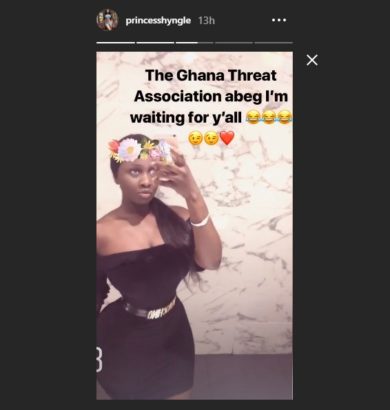 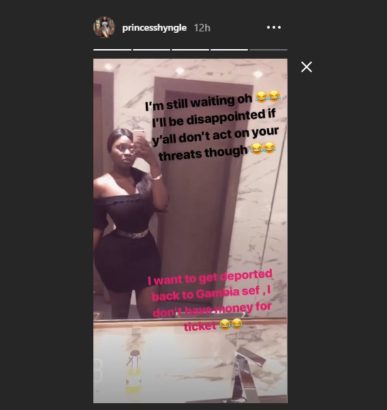