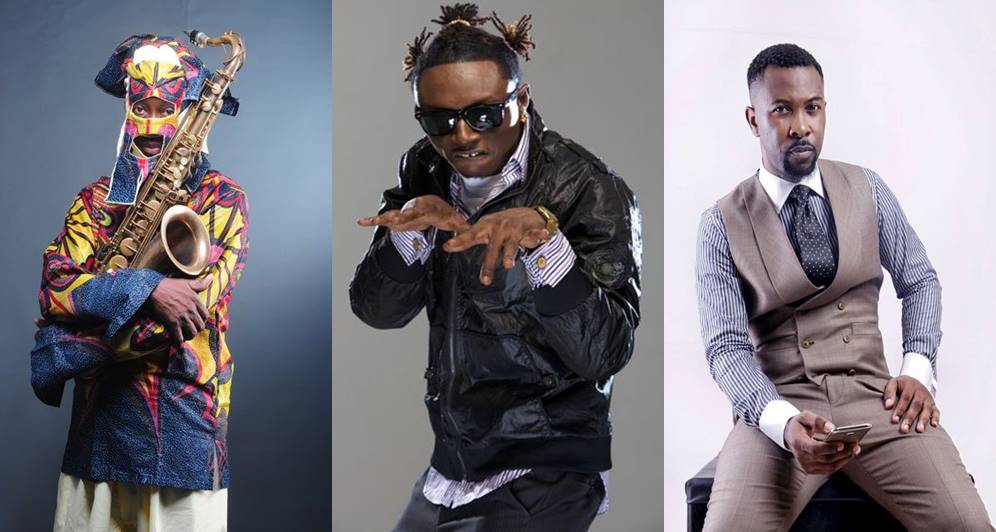 Nigerian Musicians who have reportedly gone from Stardom to Oblivion

The Nigerian music industry is littered with the carcasses of one-hit wonders. In this piece, are some of the artistes who, once upon a time, reigned supreme.

No matter how the story of the Nigerian music industry is told, singer, Bisade Ologunde, aka Lagbaja, will surely be given a honourable mention. While most artistes are eager to stamp their face in the consciousness of the public, Lagbaja entered the scene determined to shield his identity.

Fondly called the ‘masked one’, Lagbaja enthralled the populace with his anonymousness and thought-provoking music. He called his brand of music Africano which is a combination of afro jazz, afrobeat, afropop and highlife. Some of his hit songs included Ikira, Lagbaja, Konko Below, Feyin e, Nothing for You, Never Far Away, among others.

While the singer still performs every now and then, he is no longer as relevant as he used to be. It should be noted that he was out of the country for a while before he returned last year. Shortly after his return, Lagbaja said in an interview that he was more interested in rebuilding his famous fun spot, Motherland, in Ikeja, Lagos, than putting out an album.

Even though Olumide Edwards Adegbulu, aka Olu Maintain, is not the originator of the ‘Yahoo Yahoo’ slang, he surely popularised it. His 2007 hit song, Yahooze, contained in his debut solo album of the same title, was one of the biggest tracks of that time.

The song, which glorified lavish spending after hitting pay dirt, resonated with a lot of youths within and outside the country.

Years after the Yahooze album, the singer came out with another hit titled, Nawti, but since then, there has been an eerie silence from him.

However, it should be noted that Yahooze isn’t Olu’s original claim to fame. He was once a member of the defunct pop group, Maintain, together with Tolu Ogunniyi, and they had hits such as I Catch Cold and Nibo la wa gbe lo, to their names. The group held sway in the nineties but they went into oblivion shortly after before Olu bounced back as a solo artiste.

“You don bash my car (you have hit my car)” is a sentence that is usually heard on Nigerian roads. Tony Tetuila banked on the popularity of the phrase to shoot himself into reckoning with his song, My Car. Before that, he was a member of the defunct group, Remedies, with Eedris Abdulkareem and Eddy Montana.

Tony released My Car in 2001 and it was an instant hit. For some years after the release of the song, Tetuila continued to dominate the Nigeria (nay African) music landscape with hit tracks such as My heart go Jigi Jigi, Your kind of Woman, Fefe na Efe, and Omo Pupa.

However, the singer’s career soon experienced a decline and he hasn’t been able to reestablish himself as a leading artiste.

The singer is now a politician but he hasn’t really made headway in that regard. He contested the Irepodun Local Government Area seat of the Kwara State House of Assembly in 2015, albeit unsuccessfully.

It is not an overstatement to say that Terry G took the industry by storm. Born Gabriel Oche Amanyi, the singer practically dominated the airwaves with songs such as Free Madness, Akpako Master, Sangalo, See Groove, and many others. The singer was also featured by artistes to make hit tracks.

However, the singer has been dogged by several controversies such as promotion of drug abuse and his frequent public altercations. Terry G later stated that his negative public image affected his career and that he regretted behaving in that manner.

Even though the singer is involved in other business, he hasn’t released any hit song in a long time. But it is not in doubt that he is a talented singer and producer.

Shola Idowu’s claim to fame is her nineties hit song, Allen Avenue. But her hit song, Ijoya, shot her to another level of prominence. The song took the country by storm and it was a DJ’s favourite for a long time. The animation music video of the song also helped to extend its popularity and shelf life.

She is known for her tomboyish nature. Little wonder she adopted the moniker, Weird MC.

However, Weird MC has been unable to enjoy the same attention she did with Ijoya. She recently revealed that she had become a born again Christian but her style of music wouldn’t change. Originally based in the United Kingdom before the growth of her music career, it is believed that she has since gone back to live in the European country.

In his own way, Ruggedman redefined rap music in Nigeria. He came into the industry taking swipes at some of the top artistes then such as Eedris Abdulkareem and Rasquie. He accused them of making ‘wack’ music. And just like a veil had been lifted off their eyes, music lovers identified with his message and his popularity soared.

The rapper is still active in the public sphere, by virtue of his recent campaign, #EndSARS, against the allegedly corrupt Federal Special Anti-Robbery Officers. His clothing line, Twentieth September Wear is also doing well.