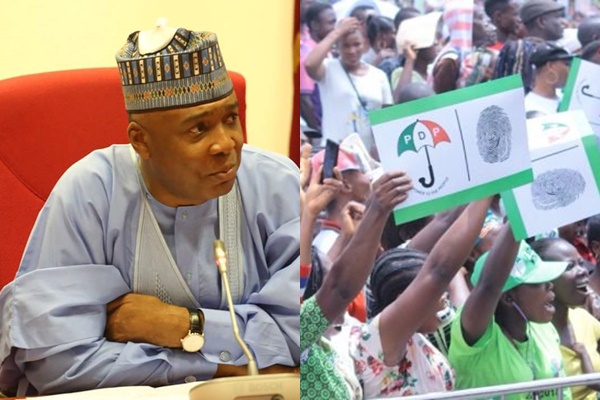 The People’s Democratic Party PDP has hailed Senate President Bukola Saraki for taking the bold step of returning to PDP after his tenure with the ‘failed’ and ‘dysfunctional’ APC.

Following the defection of the Senate President on Tuesday evening, the opposition party welcomed him home while referring to the ruling party as a failed and dysfunctional party. 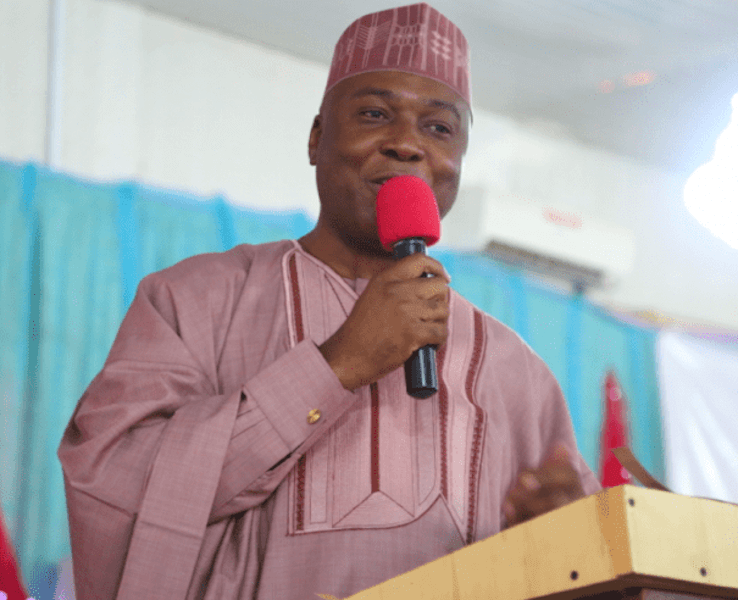 In his defection statement, Saraki has said he was leaving APC for PDP where he started his political journey.

According to Saraki, the PDP they go back to is one which has learnt from its defeat while APC is a party which has refused to learn from its victory. 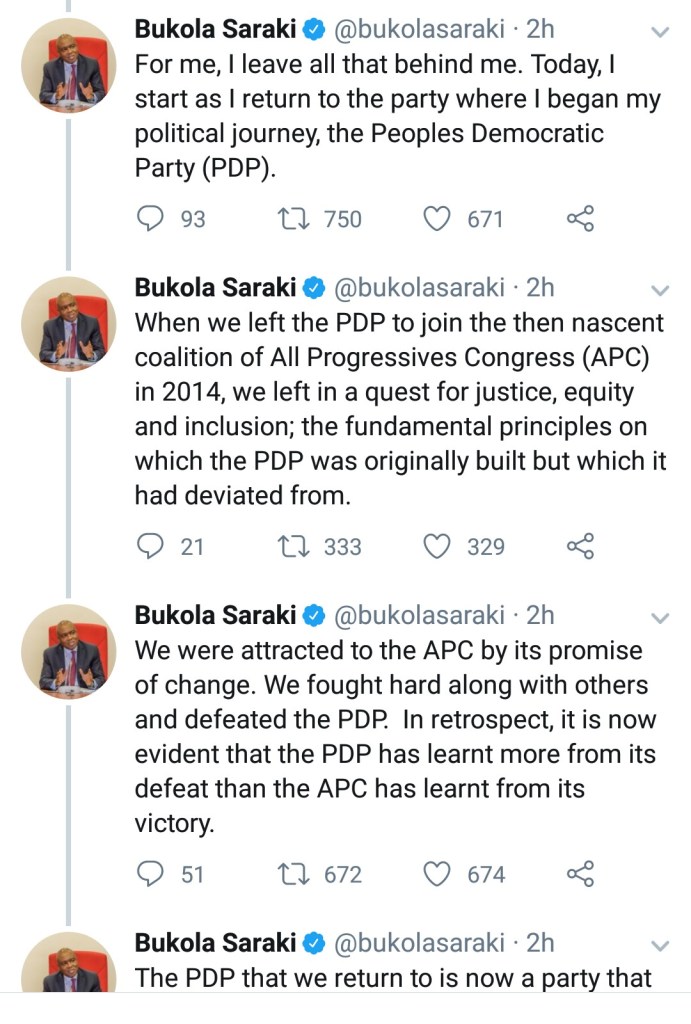 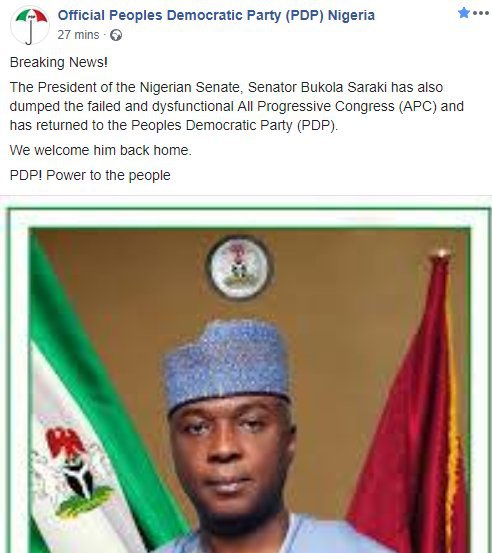