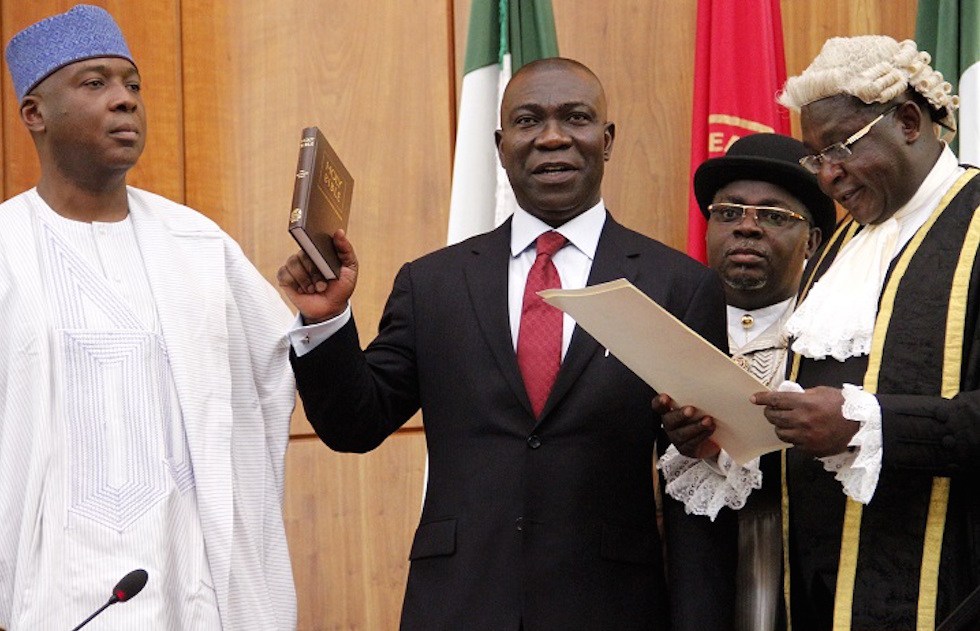 In a statement issued by its National Publicity Secretary, Kola Ologbondiyan, on Friday in Abuja, Peoples Democratic Party (PDP) advised the Presidency and the APC to “accept the reality.’’

It said that Presidency and the APC, having realised that there was no way they could muster the constitutionally required two-thirds votes of the 109 senators, representing 73 senators, was now engaged in “under-hand tactics.”

This, according to it, include the invasion of the National Assembly.

“Even before then, Nigerians were already aware of moves to use humongous funds to induce lawmakers to trigger crisis in the National Assembly and pave the way for the removal of presiding officers.

“Now that they have discovered that there is no way they can achieve their intentions, they have commenced a war of blackmail, distortions of fact and media trial against the Senate leadership.”

It said that the attempts would end up as another wasteful venture, as Nigerians were aware of “the long-drawn desperation to annex the legislature.”

The PDP added that even among the ranks of APC senators and members of House of Representatives, there is huge aversion to the tactics being deployed to force out duly elected presiding officers of the Assembly.

It said that such lawmakers were fully aligned with Nigerians, the PDP and the National Assembly leadership in the protection of the independence, sanctity and integrity of the parliament and all democratic institutions in the country.

“It is therefore instructive for both the Presidency and the APC to know that there is no way they can remove the leadership of the National Assembly, particularly the Senate.”

READ: Banky W warns Nigerians on what politicians are after

It cautioned against overheating the polity and attempts to circumvent rules and the Constitution, saying that such would not change the resolve of Nigerians to vote out APC in 2019.