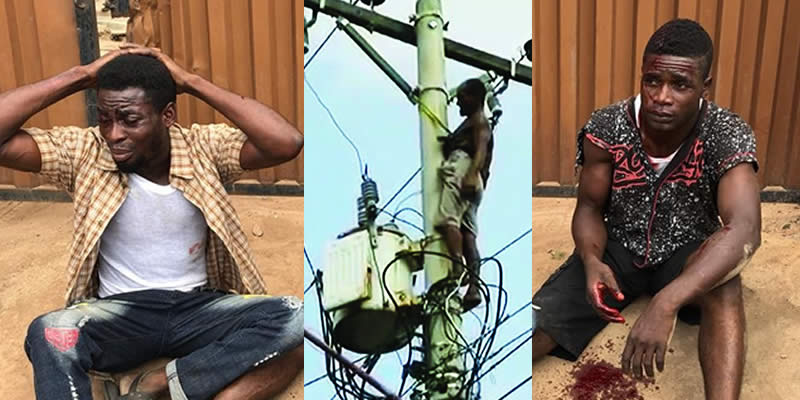 Two men who disguised as PHCN officials almost got lynched after they were caught entering a building to rob an old woman.

The men were caught with wires and a short gun inside a bag they carried during the failed operation.

According to Facebook User, Prince Aderemi, who shared the photos online, he wrote:

‘Nigerians should be aware of this so-called fake NEPA Staffs not to allow them enter their house, These guys were caught yesterday pretend as NEPA Staffs to enter a house and to rub an old woman.’

After waiting for 18 years, woman dies three days after welcoming a…

READ: Man disguise as a female to rob in female hostel