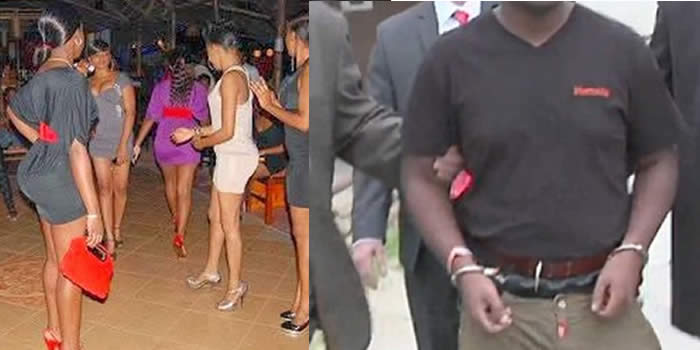 Man charged to court for refusing to pay prostitute

A 28-year-old man was yesterday arraigned before an Ogudu Magistrates’ Court for allegedly refusing to pay a commercial sex worker after she rendered her services.

Sunday Omale, an Uber driver who lives at Alhaja Elesin Street, Ogudu, is facing an assault charge occasioning bodily harm after having three rounds of sex with one Precious Mustapha, 28. The accused was alleged to have refused to pay the N6, 000 she charged him after they met at the Afrika Shrine, Ikeja.

Prosecuting Sergeant Lucky Ihiehie said the accused committed the offence on July 29 at Ogudu. Iheihei said Omale allegedly assaulted the complainant after sleeping with her.

The prosecution said an argument ensued when Omale claimed he did not have cash on him to pay her. He suggested using his ATM card to withdraw for her and they got in his car, but Omale drove with the sex worker round Ikeja and Ogudu axis without stopping at any bank to use his ATM card.

The prosecution said Omale also deceived the complainant by driving her to his friend’s house under the pretext of collecting money from him to pay her. But the friend drove them out of his house.

“When it became clear to the accused that there was no place where he could get money, he used an object to hit Precious Mustapha on the head and started beating her,’’ Ihiehie said, according to Punch Metro.

Magistrate E. Kubeinje admitted the accused to bail in the sum of N50,000 with two sureties who must have evidence of tax payment for two years. The magistrate adjourned the case until September 25.

5 ways to prevent paranoia from wrecking your relationship

My husband is not a ‘troublemaker’, Distraught wife of Nigerian Uber…

Man refuse to pay commercial sex worker after service, attempts to kill her