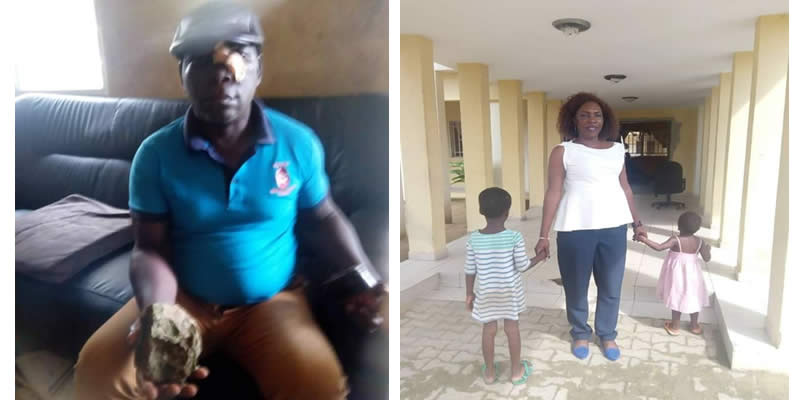 By Aanu Damilare .O On Aug 16, 2018
Share FacebookTwitterWhatsAppReddItPinterestEmailLinkedin
A member of an NGO, was severely injured while trying to rescue two children from their abusive mother in Bayelsa State.
Read report by Bar. Dise Ogbise-Erhisere, Chairman of Nigerian Bar Association, Sagbama Branch:

the mother of the children has on several occasions according to neighbours consistently assaulted her children  with punity.
The ED said a concerned neighbour intervened but was injured in the process by the mother of the children adding that the  woman threw a big stone at his eyes causing severe damage and pain to the man.
However, the man has reported the matter to the police but the woman escaped before the police could reach the scene of crime.

Dise Ogbise-Erhisere, who is also the Chairman,  Nigerian Bar Association, NBA Sagbama branch took the children for protective custody.
She expressed worry that the children stayed with neighbours( men) for two days and looked so unkept and sick.
The NBA boss called on members of the public to look out for all  cases human rights  violation and speak out in order to save the lives of children.