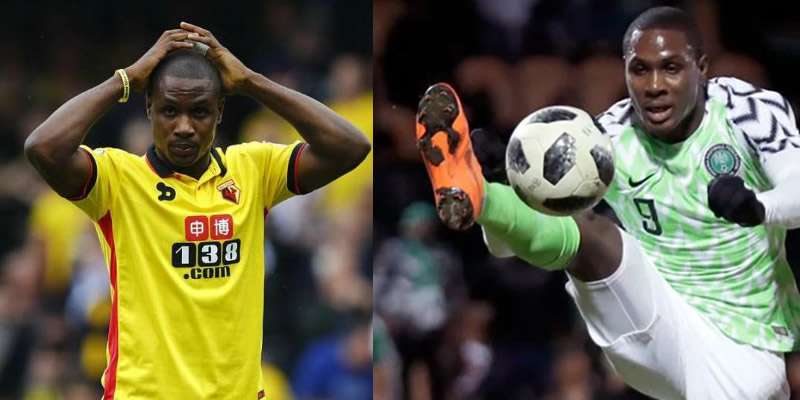 Super Eagles forward Odion Ighalo could not save his Chinese Super league side Changchun Yatai from a 5-2 defeat on Saturday by Guangzhou R&F.

Odion Ighalo grabbed a 12th minute goal in the away tie but it only counted as consolation goal as the homers afterwards went on a goal feast hitting four goals between the 27rd minute and the 73rd minutes.

Ighalo’s teammate Tan Lang increased the tally for Yatai in the 78th minute but it was of no effect even as rampaging Guangzhou scored the 5th goal on the dot of 90 minutes.

The former Watford ace who received a battery of criticism for missed opportunity at the recently ended World cup in Russia has managed to put the ugly experience behind him to begin the season on a positive not despite Saturday’s massive defeat .

The Nigeria international hit a brace three days back when the club faced Beijing Renhe at the Beijing Fengtai Stadium in front of 10,368 soccer fans.

While it was disappointing for Ighalo on Saturday, it was neither here nor there for compatriot and Super Eagles captain John Obi Mikel who is gradually picking up after injury and return from the world cup.

Obi, who doubles as Captain of Tiajin Teda, was in action for 90 minutes on Saturday but were held at home to a 1-1 draw by visiting Jiangsu Suning.

The visitors had shot into the lead as early as the 19th minutes thanks to Italian import Eder Martins, but Teda equalised in the 37th minute through Guo Hao. Efforts by both teams to increase the tally failed to yield any results.