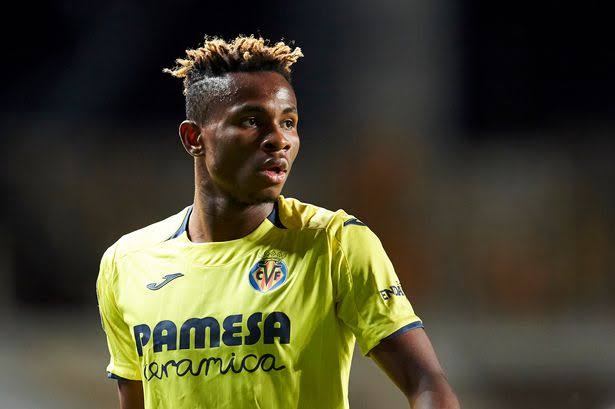 The Villarreal winger, Samuel Chukwueze, could leave the club for Barcelona at the end of the season.

According to Gol Digital, the La Liga champions are interested in signing the Super Eagles star from Villarreal after failing to re-sign Paris-Saint-Germain forward, Neymar last summer.

The newspaper reports that Barcelona believe Chukwueze will be a cheaper alternative to Neymar.

However, Villarreal have inserted a release clause of 63 million euros into Chukwueze’s latest contract.

The 20-year-old was omitted from the Golden Boy 20-man shortlist that was announced on Tuesday.

Chukwueze has scored 10 goals, assisted 5 in 45 appearances since breaking into Villarreal’s first team.

He has also drawn interest from Liverpool and Leicester City in recent weeks.