Hall of shame: 3 Mothers who married, had sexual relations with their sons

There have been stories of mothers who got married to their sons on other continents, especially in the western world. Surprisingly, some African mothers have also engaged incest and took it further by marrying their sons or having kids by them.

Few days ago, the story of a woman from Benue who had sex with her son so she could have kids for her husband shocked Nigerians But her case is not the first of its kind, these are African mothers who married or had sexual relations with their biological sons. 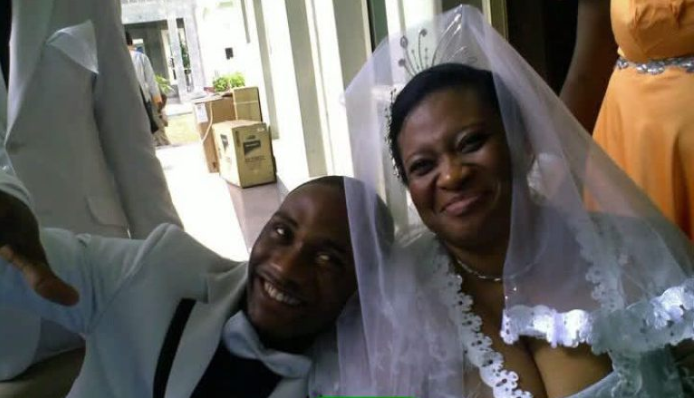 Memory Njemani is a Malawian mother married her son because she spent so much to train him and she didn’t want those “other women who have been aborting” to come and enjoy her hardwork.

At the time they got married, Ms Njemani was 47 while her son was aged 30.

Here are 7 Nigerian Celebs who are probably celebrating Valentine…

She said she married him because she spent a lot of money on his education. She said another woman cannot come in to be married to her son after her hard work in educating him. 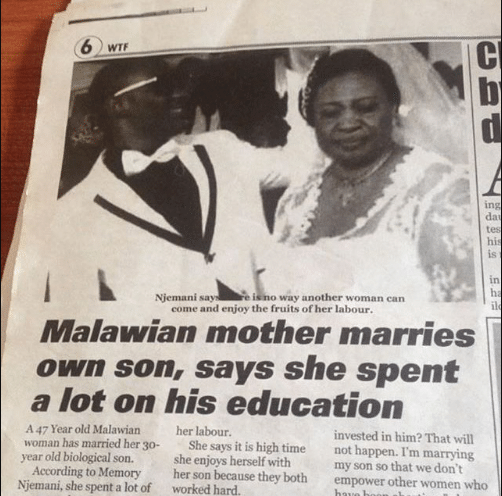 According to Zambian observer, Ms Njemani said: “I invested a lot of money in the education of my son. Why should another woman be married to him and enjoy my hard work I invested in him? That will not happen. I’m marrying my son so that we don’t empower other women who have been aborting.”

The two have since married and are staying together.