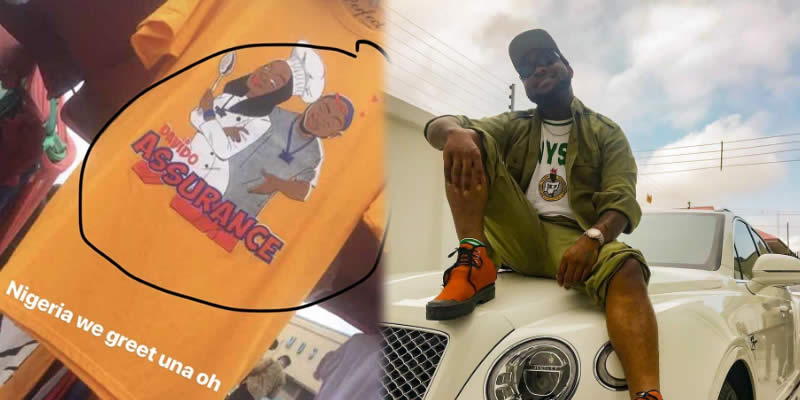 Nigerians are very inventive people who can make a trend out of anything and anyone. In this regard, the love story of Davido and Chioma has birthed quite a lot of inventions. A T-shirt displaying the duo is evident of this. 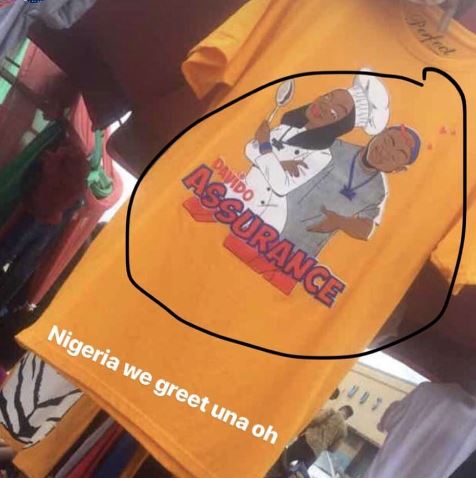 The T-shirt, which was on display at an open market, portrayed Davido and Chioma in a culinary mood. This has attracted the attention of many people causing it to go viral.

On the yellow background of the T-shirt, Davido in a cap turned backwards was making some gesture to Chioma who was wearing a chef’s full attire and holding a cooking spoon. Then the words “Davido Assurance” was written beneath the pair.

The photo of the hilarious T-shirt was shared on an Instagram fan page. Many people couldn’t have enough of the creatively designed shirt even as the fans of the celebrity lovebirds acknowledged that it was a culture of Nigerians to celebrate love in such manner.

READ: Davido: The luxury lifestyle of a private jet owner

This was well conveyed through this inscription:

READ: Davido Reveals He’s Ready To Make Chioma His Baby Mama And Wife
One of those who commented on the shared image of the T-shirt made the point of saying that it was the handiwork of ‘Aba boys’ who are infamous for making T-shirts out of just about any phenomenon that is in vogue.

Meanwhile, Davido has finally registered for the compulsory National Youth Service Corp and so is now entitled to the monthly allowance they are paid.