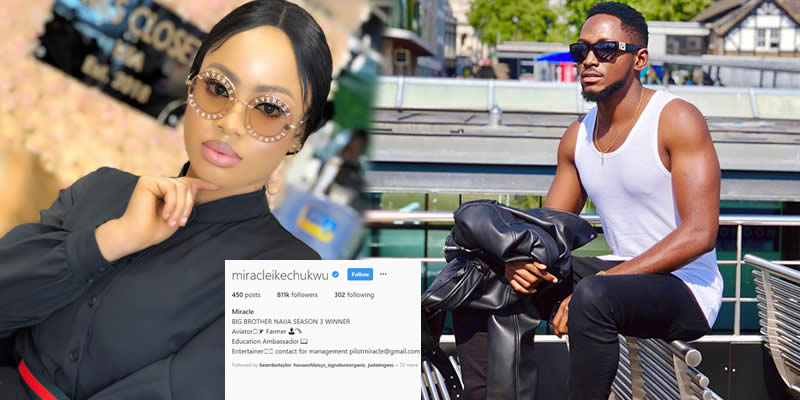 It all started when BBNaija winner, Miracle, took to his Instagram page to state that the relationship between him and Nina was just platonic.

While in the BBNaija house, Nina openly showed her love for Miracle, and she even ended the relationship with her former boyfriend, Collins, whom she was dating before the show.

READ: Adaeze Yobo gushes over husband as he celebrates his 38th birthday (Photo)

However, Miracle seems not to have reciprocated the love, and it has led to several of Nina’s fan calling him out. One of such fan is Toyin Lawani, who also doubles as Nina’s benefactor after the show.

In a video that she posted on Instagram, she revealed that she warned Nina to stay away from Miracle because he did not seem to show her off publicly just like Teddy A used to do for BamBam, also former housemates.

NAN earlier reported that Miracle recently visited Warner Bros studio in UK amidst the backlash he was getting for supposedly dumping Nina, which many translated to mean that he wasn’t bothered.

Now, we gathered that Nina unfollowed him on Instagram. Even though Miracle has not reciprocated the act, it’s probably just a matter of time. 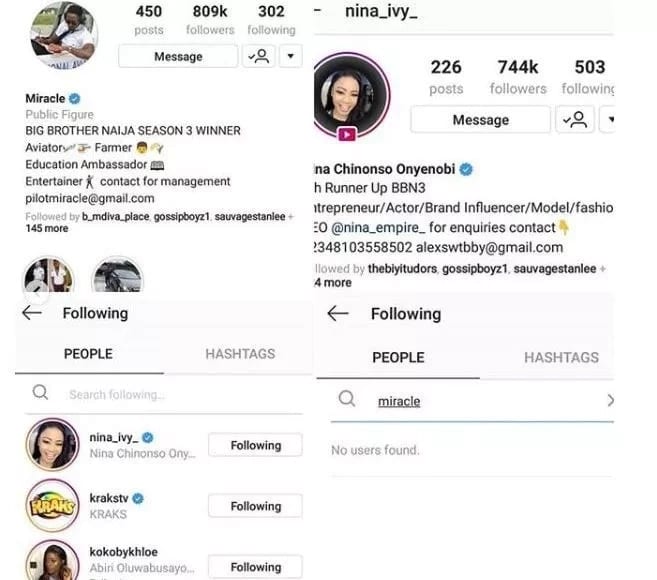