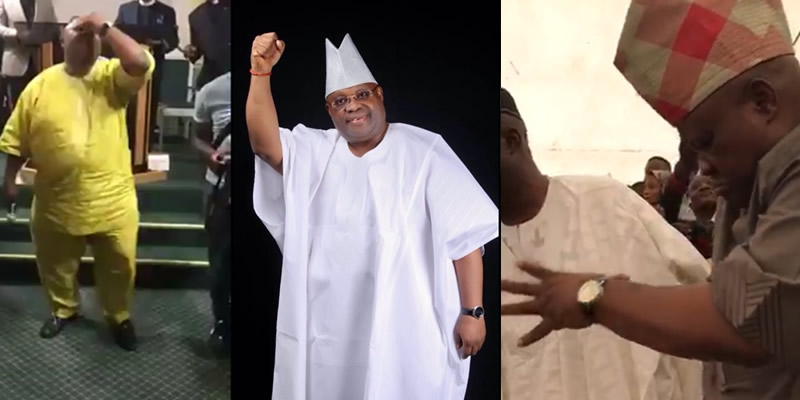 Federal High Court has ordered the West African Examination Council to produce the results recorded by the Peoples Democratic Party’s candidate in the forthcoming governorship election in Osun State, Senator Ademola Adeleke, in the May/June 1981 examinations conducted by the council.

Justice O. A Musa, ruling on an ex parte application by two plaintiffs, Mr. Wahab Raheem and Mr. Adam Habeeb, specifically ordered the examination body to produce in court the ledger containing results of Senator Ademola Adeleke and his mates with whom he sat for the examinations.

He also ordered that WAEC should swear an affidavit either denying or confirming that Adeleke, an incumbent senator representing Osun West Senatorial District in the Senate, sat for the Council’s May/June 1981 examinations conducted by the Council at Ede Muslim High School in Ede, Osun State.

The court ordered that WAEC should file the ledger and the verifying affidavits within five days of being served with the enrolled order.

Adeleke who is the candidate of the PDP in the governorship poll slated to hold on September 22, has been accused of forging his WAEC certificate.

But the Senator has since denied the allegation which he said was a lie being peddled by his political detractors.

The two plaintiffs, Raheem and Habeeb, had filed a suit seeking Adeleke’s disqualification as the PDP’s candidate for the Osun State governorship election.

They joined Adeleke, PDP and Independent National Electoral Commission as the first, second and the third defendants, respectively.

The had, on September 4, filed their ex parte application dated September 3, seeking, among other prayers, an interim injunction against the senator’s candidacy in the imminent governorship race.

On September 11, the plaintiffs’ counsel, B.J Komolafe, moved the ex parte application.
Ruling shortly after hearing the lawyer, the judge granted other prayers but refused the applicants’ prayer for restraining order.

The judge refused to grant an order restraining the INEC from recognising or giving effect to Adeleke’s nomination as PDP’s governorship candidate in the forthcoming poll slated to hold on September 22.

The judge also refused to grant another prayer by the applicants requesting an order directing or mandating Adeleke to show cause on why the court should not disqualify him from contesting the Osun State governorship election.