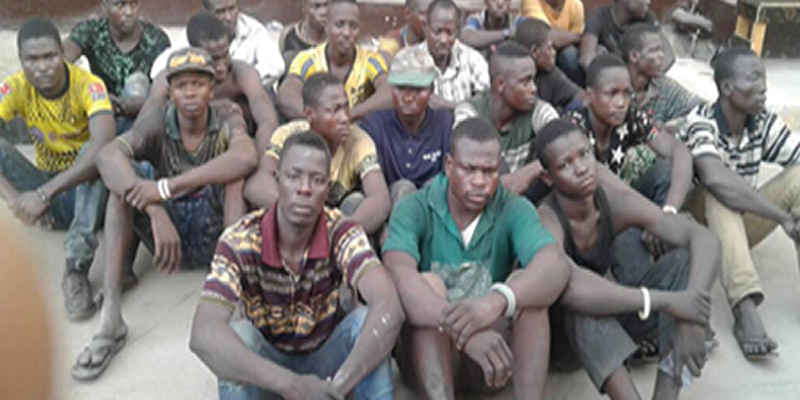 At least 32 persons have been arrested in connection with the renewed violence in Kaduna metropolis on Friday.

The Senior Special Assistant to the Governor on Media and Publicity, Samuel Aruwan, announced this in a statement today saying that the number of arrested persons over the renewed disturbances was given by the Police at the state’s Security Council meeting, adding that “these persons will be investigated and prosecuted’’.

Aruwan also said that within the areas covered by the curfew, “security agencies thwarted attempts to destroy places of worship in Kawo and Hayin Banki. It was also reported that one person was killed in Kasuwan Magani and another arrested with a weapon overnight while attempting to burn down the market there.”

He announced that the government has relaxed the curfew in Kachia, allowing residents free movement from 6a.m. to 5p.m. daily.

“The Security Council noted with gratitude the exemplary conduct of the people of Kachia who have remained peaceful while mourning the loss of a much-revered monarch. In recognition of this positive contribution to harmony, the Security Council has directed that the curfew in Kachia be relaxed immediately, today, Saturday, 27th October, 2018.”

He added that the council sympathised with residents over the inconveniences associated with the curfew, saying that it was imposed to save lives and was under constant review.

READ: I sleep with boys because I have no girlfriend, 16-year-old gay arrested in Ondo

“The Security Council noted the substantial compliance with the curfew by residents and welcomed the atmosphere of calm largely prevailing in the areas under curfew as well as across the state. The Council commended residents for refusing to allow criminal elements to divide our communities and sow chaos.

It urged Kaduna residents to continue to cooperate with the security agencies to ensure that those who want a peaceful, law-governed society prevail over criminals who prefer chaos and anarchy.”