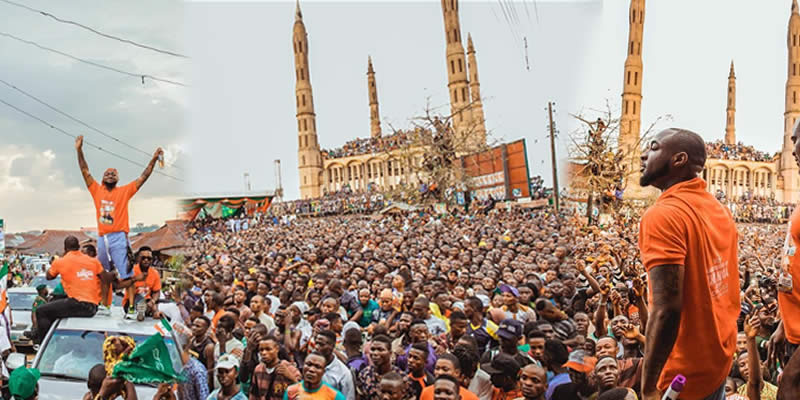 Davido Gets Mobbed By Crowd As He Campaigns For His Uncle, Ademola Adeleke In Osun (Video)

Pop star, Davido is a strong supporter of the gubernatorial ambition of his uncle, Senator Ademola Adeleke, who is popularly referred to as ‘the dancing senator.

Ademola Adeleke is seeking to become the next governor of Osun state.

As part of his support, Davido stormed Osun state recently to campaign for the senator and he succeeded in pulling a large crowd out.

The crowd were excited to see the pop star who is regarded to be one of the most successful artistes in Nigerian history.

Davido just recently cancelled his USA locked-up tour to come to Nigeria for his National Youth Service Corps closing ceremony. It seems like every other corper, Davido was also eager to know his Place of Primary Assignment (PPA).

Davido shared photos and video from the campaign on his Instagram page, asking his followers to support his uncle’s ambition.