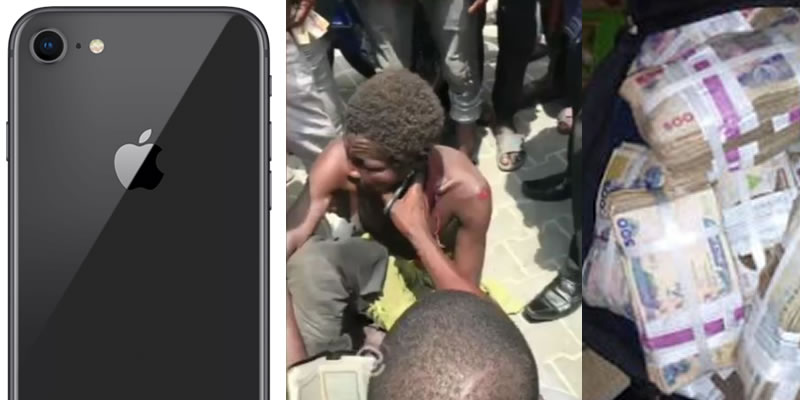 A man suspected to have disguised as a mentally deranged person (mad man) was apprehended along Itedo lekki phase 1.

According to reports, the man was was caught with 2 iphone 8 and lots of cash.

The residents who caught the man called the police before descending on him but the policemen allegedly left with the iphones without making any arrest.

While beating the man, the angry mob asked who sent him but the man refused to answer instead he insisted on getting his sim card. He was heard repeatedly saying “my SIM, my SIM ” Please can I have my SIM card.