A yet to be identified lecturer of Anambra State University, now known as Chukwuemeka Odumegwu Ojukwu University, in Uli, Anambra state, transformed into Spiderman to teach his students during the ongoing ASUU Strike.

Lecturers who belong to the Academic Staff Union of Universities, ASUU, are forbidden from teaching while the strike action is going on. But the lecturer wanted to carry on with his lecturers so he disguised as Spiderman.

He was photographed coming out of his car and walking into class on Wednesday. December 5, 2018, for a lecture with his masters students. 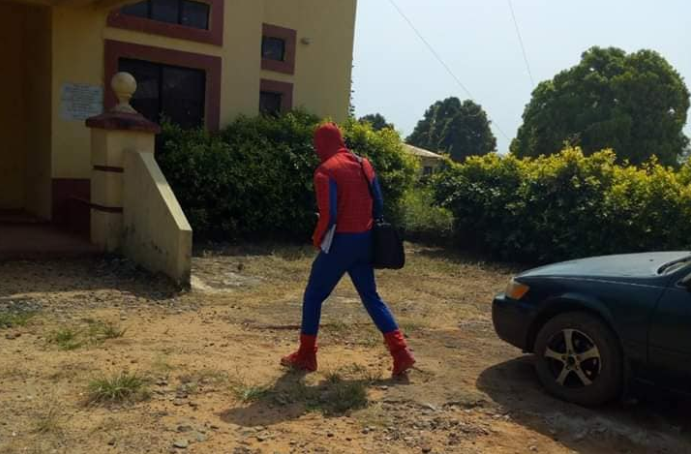 As a lecturer who is a member of ASUU, the lecturer cannot teach his students, but as Spiderman, he can.

It was gathered that when the lecturer entered his class, he was greeted by students and they called his name but he ignored them and pretended to be Spiderman, not their lecturer. 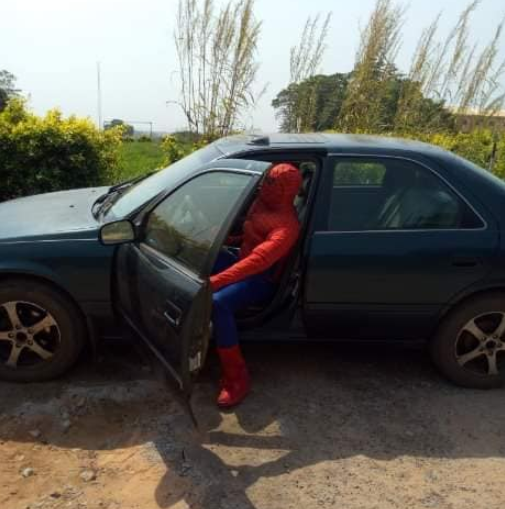 According to reports, he had earlier told his students who wanted to have a final discussion with him ahead of their project defence, that they should await the coming of Spiderman to assist them in their final preparations.

You may like to read; ASUU strike: 11 UNIMAID students die in accident on their way home