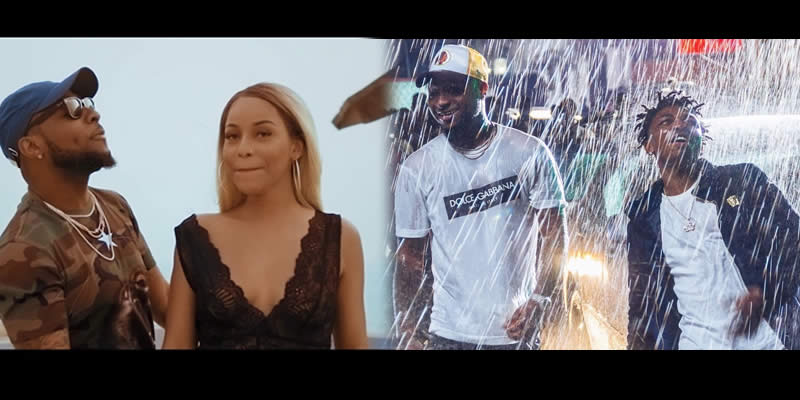 Davido is one of few A-List artistes in the Nigerian music industry that can be described as a vicious hard worker. The superstar travels across the globe constantly as he performs in sold-out shows on a regular basis.

Emphasizing on his stardom and busy schedule, the DMW boss still manages to find enough time to record and release new songs as well as getting featured on songs by other artistes.

He is arguably the most sort-after artist this year as he has featured in 18 songs so far. His songs are responsible for amplifying the popular slangs “chee” and ” shekpe” to give more expression to his music.

Consistently, OBO has delivered in a chain of musical projects and has never disappointed his fans. One of his biggest hits this year “Assurance” released in May already has over 22 million views on youtube.

Here’s a list of our best 7 Davido feature this year based on the highest number of views each video had on youtube.

Aje has the highest number of views on youtube of all the Davido features so far this year. the song had a total of 7,775,545 views.

READ: Davido blasts fan who accused him of using technique to make his song Blow

JI MASUN has a total of 745,349 views on youtube. Here, another interesting topic; “Why Many Nigerian Entertainers Can’t Do Without Baby Mamas”- Bode Blaq Reveals

Cardi B shows off her curvy backside in photo, poses with daughter Kulture