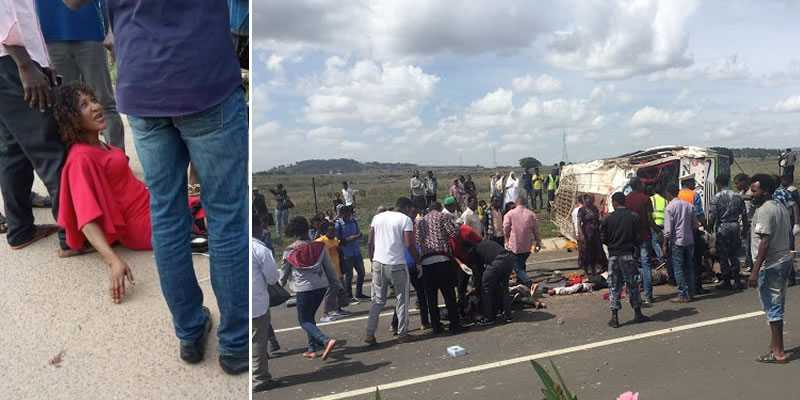 Lady loses legs to truck accident in Enugu; Two others crushed to death along Lagos-Ibadan expressway

A lady’s leg was crushed by a truck yesterday as she was on her way to work.

The young lady took a bike to get to work in the morning, but she never made it there. On the way, a truck rammed into the motorcycle, crushing the lady’s leg in Enugu state.

Patrick Austin shared the story on Facebook but did not reveal the condition of the bike rider. He added that the wounded lady was rushed to a hospital. 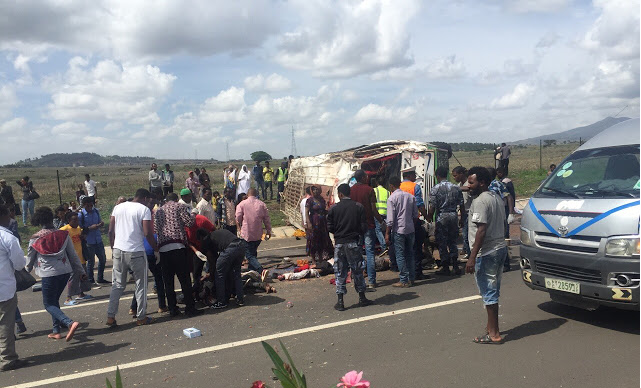 A motorcyclist and his passenger were on Monday crushed to death in an accident involving a truck and a motorcycle on the Lagos-Ibadan Expressway.

My Babatunde Akinbiyi, the Public Relations Officer of Traffic Compliance and Enforcement Corps (TRACE), who confirmed the incident to the News Agency of Nigeria (NAN) in Abeokuta, said the incident happened close to a Connoil filling station on the highway.

Akinbiyi said that the accident,  which occurred at about 6:20 p.m.,  was as a result of excessive speed and loss of control on the part of the driver of the truck with registration number JJJ 472 XP.

“The truck had hit the motorcycle with no registration number from the back,  killing the motorcyclist and his passenger on the spot,” he said.

Akinbiyi added that the truck driver survived the accident while the corpses of the deceased were deposited at the morgue of Olabisi Onabanjo University Teaching Hospital, Sagamu.

“TRACE is using this opportunity again to admonish drivers, particularly drivers of articulated vehicles, to avoid excessive speed and give consideration to other road users for the safety of all,” he said.