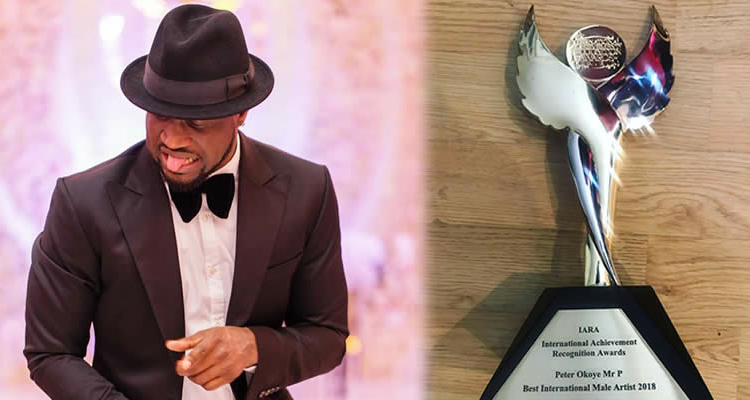 Peter Okoye, one half of the defunct music group P-Square on Saturday, 22nd September, copped his first award since he became a solo artiste in 2017. 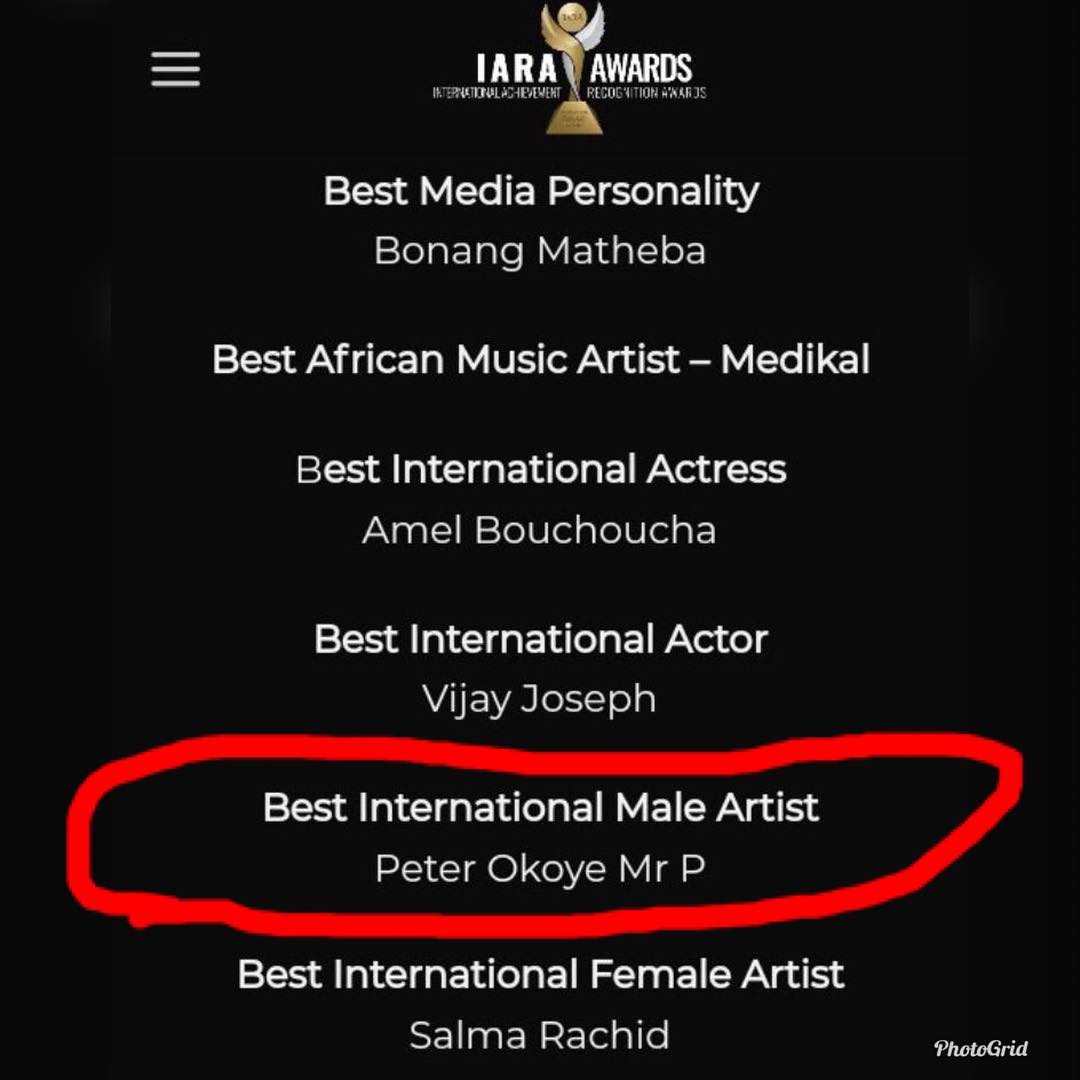 Over the weekend, the singer who now goes by the name Mr P won the 2018 International Achievement Recognition Awards (IARA) for Best International Male Artist in the ceremony held at the Canary Wharf, London.

Although Mr P regrettably announced his absence at the award ceremony due to his US/Canadian tour, he sent a heartwarming shout out to his fans for the support.

Peter also dedicated the award to his first son, Cameron, whose birthday was on Sunday.

READ: Jude Okoye called his brother a prodigal son, after a fan comes for him (Photo)

Since after the breakup of ‘P-Square’ last year, Peter has conveniently settled into the life of a solo act, and has been releasing songs, new videos and performing at numerous shows around the world.