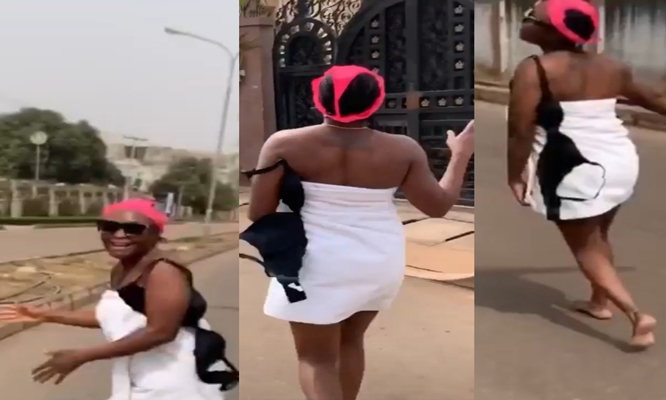 Blessing Okoro, who became popular following her ‘New House’ stunt, where she was called out for claiming to own a house that doesn’t belong to her, has taken to the streets, to celebrate after hitting 500K Instagram followers

The Relationship blogger, hit the street in just her towel and pants to show her gratitude to her fans.

She wore her panties on her head and had her bra hanging from one shoulder as she ran into the street to celebrate her increasing followers.

She shared the video, saying: