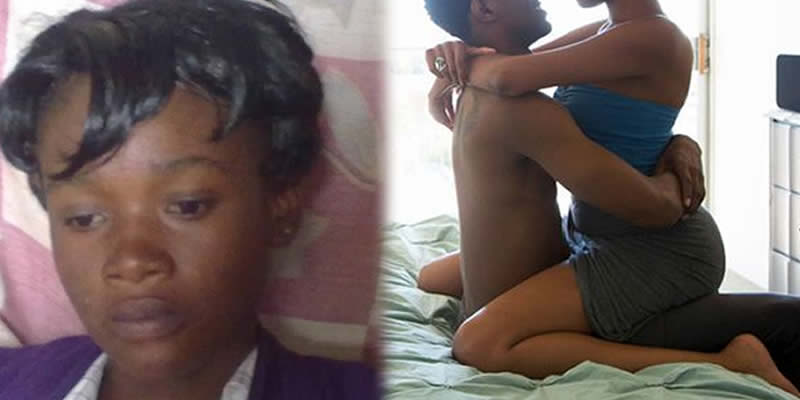 A prescription went entirely wrong for a heartbroken wife who had wanted to get her husband back.

In a bid to get her husband Douglas Nyoni, 46, back, 36-year-old Cynthia Mvhuma from Zimbabwe consulted a native doctor where she was given a love potion. After instructions, she used juju to entice him but things took a different turn and she surprisingly ended up becoming an insatiable sex addict.

Speaking in an interview with iharare, Mvhuma said she was given a ravenous sex urge instead of love portion for her to win her husband back.

READ: 11 Facts About Online Dating You Never Thought About

“I always feel the urge for sex every time.  A few years back when my husband left me I went to see a traditional healer who gave me juju to help win him back. I poured it all over my body as instructed and waited for the miracle to happen. After two days I started feeling weird and my privates were wet,” she said

Mvhuma who also revelaved that she has slept with several men and stopped counting when she got to 47, said she tried going back to the Native doctor but she was told that there is nothing to worry about as it was all part of the process.

‘‘I have been with many men and I stopped counting when I reached 47. Now I just sleep around and not feel any emotional connection like before. Sometimes I’m with two men at the same time,’’ Mvhuma added

The heartbroken wife said she is afraid to go for HIV tests as she does not want any more stress after sleeping with almost everything that walks.

It was reported that the native doctor is now late and the man she risked all for has moved out of the country. Related topic; Nigerian gay, Kenny Brandmuse list Nigerian senator, church ministers among his concubines

VIDEO: I had to 'settle' the entire airport to make my flight — DaBaby laments as he flies out of Nigeria

My passion for the girl-child does not make me a feminist; I am a humanist - actress Bimbo Akintola

Its a matter of hoodlums, not tribal clash - FCT Minister reacts to Abuja mayhem, confirms 4 dead