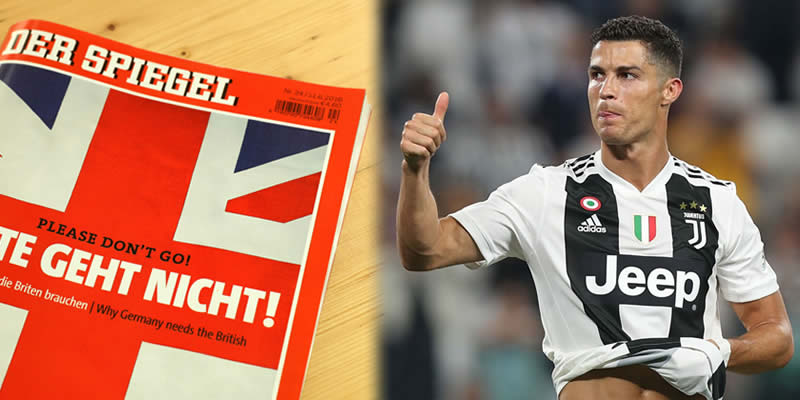 Cristiano Ronaldo is reportedly planning to sue a German magazine after it published accusations by an American woman claiming she was raped by the star in 2009.

Lawyers for the Portuguese star said on Friday they would sue German magazine, Der Spiegel, after it published ‘blatantly illegal‘ accusations by an American woman who alleges she was raped by the Juventus star nine years ago.

Ronaldo’s lawyer Christian Schertz said in a statement the report was ‘an inadmissible reporting of suspicions in the area of privacy’, and that he would seek legal redress for his client from the magazine.

The statement was sent to Reuters by Ronaldo’s agent Gestifute in response to a request for comment on the Der Spiegel story.

The magazine said the rape allegedly took place in June 2009 in a hotel room in Las Vegas, according to Leslie Mark Stovall, lawyer for the alleged victim, Kathryn Mayorga.

Her lawyer told Der Spiegel, however, that he had filed a civil complaint seeking to declare the non-disclosure agreement void.

‘The purpose of this lawsuit is to hold Cristiano Ronaldo responsible within a civil court of law for the injuries he has caused Kathryn Mayorga and the consequences of those injuries,’ Stovall told Der Spiegel.

On Friday, Kathryn Mayorga, 34, was unveiled as the woman who has accused Ronaldo of sexually assaulting her in a Las Vegas hotel room. The Juventus star was on holiday in Sin City with his cousin and brother-in-law when he met the part-time model.

In a statement issued by Ronaldo’s lawyers, Schertz Bergmann Rechtsanwälte, the player denied Mayorga’s rape claim saying they would sue for “compensation for moral damages”.

His solicitor, Professor Dr Christian Schertz said: “The reporting in SPIEGEL is blatantly illegal. It violates the personal rights of our client Cristiano Ronaldo in an exceptionally serious way.

“This is an inadmissible reporting of suspicions in the area of privacy. It would therefore already be unlawful to reproduce this reporting.

“We have been instructed to immediately assert all existing claims under press law against SPIEGEL, in particular, compensation for moral damages in an amount corresponding to the gravity of the infringement, which is probably one of the most serious violations of personal rights in recent years.”

Related topic; Modric reveals what Ronaldo told him after winning UEFA Player of the Year Award