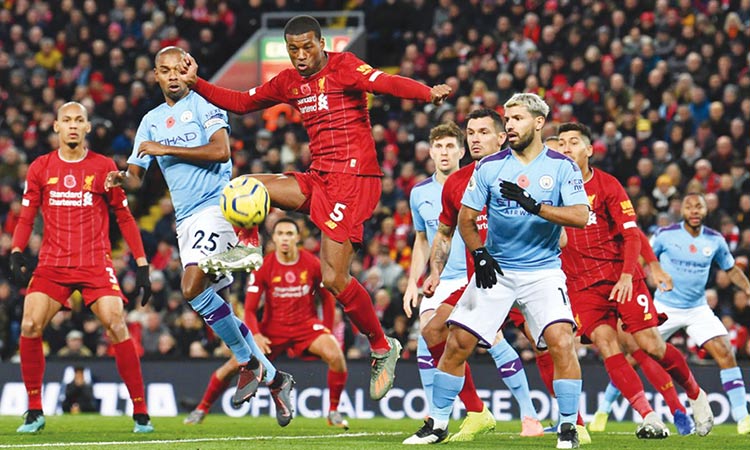 The Premier League could resume behind closed doors from June 1 after United Kingdom government set out a road map to emerge from coronavirus lockdown measures on Monday.

The 50-page document, titled “Our Plan to Rebuild: The UK Government’s COVID-19 Recovery Strategy,” includes “permitting cultural and sporting events to take place behind closed doors for broadcast, while avoiding the risk of large-scale social contact,” if a number of conditions relating to limiting the spread of the virus can be met.

Sources have told ESPN the Department for Culture, Media & Sport (DCMS) will speak to all major sporting bodies in the United Kingdom in order to explain the detail of the government’s proposal for professional sport to resume from June 1. Football will only be allowed to return if the governing bodies can set out a pathway that satisfies ministers and health professionals.

DCMS has held regular meetings with the football authorities since the game was suspended, but Tuesday’s is understood to be the most significant due to the prospect of clarity being given ahead of the anticipated return of the sport.

England’s top division has been suspended since March 13 and there is, as yet, no consensus surrounding how the 2019-20 season will start again. There are still 92 Premier League fixtures to be played, with clubs now back in training at training grounds, albeit while observing the government’s social distancing guidelines.

Fans in football stadiums “may only be fully possible significantly later depending on the reduction in numbers of infections,” the report states.

It adds: “Some venues which are, by design, crowded and where it may prove difficult to enact distancing may still not be able to reopen safely at this point, or may be able to open safely only in part.”

Clubs are split about the prospect of the Premier League returning, with a majority of 14 votes from the division’s 20 teams required to pass any decision. The Premier League were not immediately available for comment following the publication of the government’s report.

The Premier League will urge the UK government and emergency services to reconsider the insistence the 2019-20 season must resume at neutral venues, sources have told ESPN, after more than half of its 20 clubs voiced opposition to the plan.

England’s top division and other leagues around Europe have until May 25 to outline to UEFA their detailed plans to start football matches again. The Bundesliga will become Europe’s first major football league to resume during the coronavirus pandemic when it starts again this weekend.