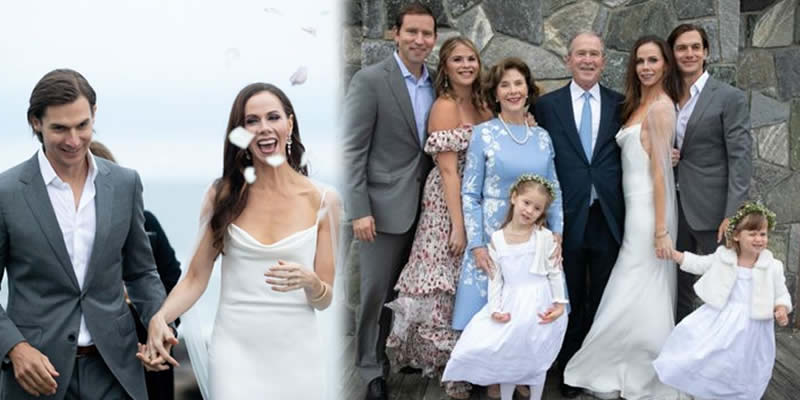 Former US president, George W. Bush’s daughter, Barbara has married screenwriter Craig Coyne in a private ceremony in Maine. She was escorted by her father and grandfather, George H W Bush, who was also a former President. The wedding took place in Kennebunkport, Maine.

Mr Bush, 72, and Mrs Bush, 71, made the announcement themselves.The intimate ceremony which involved only family members, was held outdoor, overlooking the ocean at Walker’s Point, where the elder Mr Bush lives.

George Walker Bush is an American politician who served as the 43rd President of the United States from 2001 to 2009. And his daughter, Barbara Bush, 36, is the co-founder and chair of Global Health Corps. Her husband, Coyne is an actor and screenwriter whose credits include “Jarhead” and “Snowtown.” And also, you may like to read; Nollywood celebrities slay in their best at Abimbola Ogunnowo and Okiki Afolayan’s wedding