A young man has been arrested and charged for stealing panties belonging to two ladies in Zimbabwe.

Prince Danda, a male student at the Midlands State University was caught stealing the panties from the washing lines of female students.

After the ladies reported the bizarre incident to the Police, they stormed the suspect’s house in Nehosho, a neighborhood of Gweru, where they found the underwears in his possession. 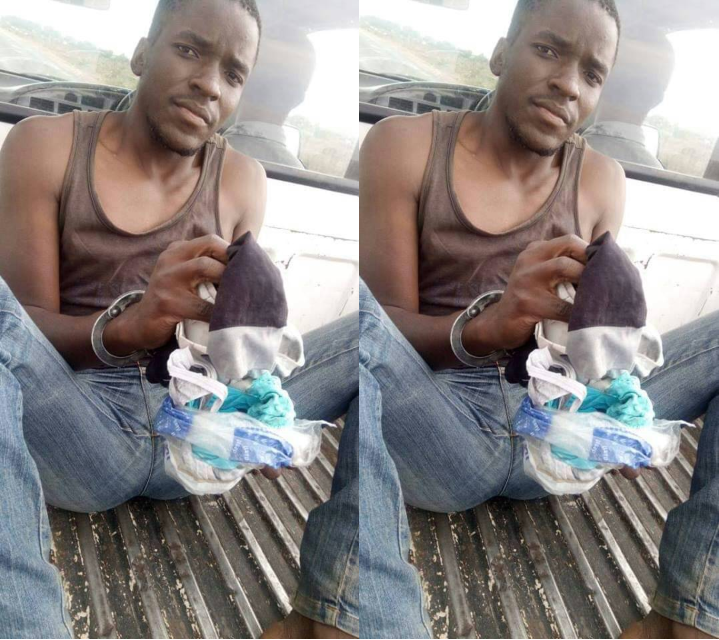 During the raid, Police discovered a stash of women’s underwear in his room. He was arrested on Sunday and charged with theft when he appeared before a Gweru magistrate on Tuesday.

According to Police, they were able to locate the owners of four pairs, belonging to the two female students who saw him take their panties.

Sources at the university told ZimLive the two students told police that after they had confronted Danda, he still went ahead and took the panties.

“He told the two girls that he was going to do something to the panties and when he’s done, they will both want to sleep with him and they won’t be able to turn down his advances,” said a fellow student familiar with the matter.

It was also discovered that Danda regularly entertains sexual thoughts on social media.

In September and November last year, he posted on his Facebook page, passages from Eleven Minutes, a 2003 novel by Brazilian novelist Paulo Coelho that recounts the experiences of a young Brazilian prostitute and her journey to self-realization through sexual experience.

A passage from the book he quoted in September said:

“After a while, she began to enter a kind of paradise, the feelings grew in intensity, until she noticed that she could no longer see or hear clearly, everything appeared to be tinged with yellow, and then she moaned with pleasure and had her first orgasm. Orgasm! It was like floating up to heaven and then parachuting slowly down to earth again…”

You may also like; Police reveals reason for invading Melaye’s Kogi home

APGA will suffer for injustice against me – Bianca Ojukwu

They took off my fake lashes, left me looking like a fowl – Ifu Ennada shares her passport office experience

This is what pornography does to your body