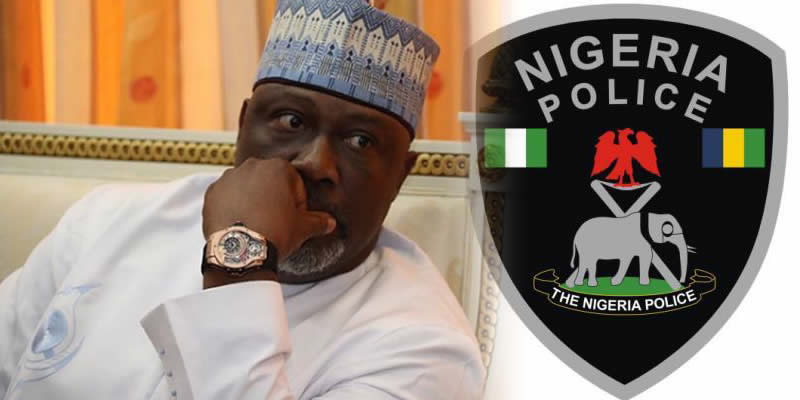 Kogi State Police Command has confirmed that it sent a detachment of officers to the house of Senator Dino Melaye at Aiyetoro-Gbede in Kogi State on October 11 to effect his arrest.

In a statement in Lokoja, the command said it took the action in connection with the July 19 shooting of one of its operatives, Sgt. Danjuma Salihu by thugs suspected to be loyal to the senator.

The statement signed by the command’s spokesman, DSP William Aya, said that the clarification followed the allegation, Melaye made on his Twitter handle on October 12 that the aide de camp to Governor Yahaya Bello of Kogi State led some officers to his house to assassinate him.

“The ADC has nothing to do with this case. The Command wish to state unequivocally that the statement is not only a figment of the imagination of Senator Melaye who has mastered the art of political gimmickry but totally false, malicious and highly mischievous.

“The Commissioner of Police sent Police Officers to his country home for arrest, unfortunately, we did not get him at home,” the statement said.

It accused Melaye, who is representing Kogi West senatorial district of mobilising thugs to attack its personnel on routine duty along Mopa–Aiyetoro-Gbede on July 19 without any provocation.

“The thugs shot and injured Force No. 432913 Sgt. Danjuma Saliu, who is currently receiving treatment at Veda Crest Hospital, Abuja,” the statement said.

Aya said Melaye was invited officially through letter No. AR:3000/KGS/X/VOL.43/670 dated 23/7/2018 to answer the charges but he refused to show up or give a reason for not honouring the invitation.

“The Senator is wanted by the Kogi State Police Command for criminal conspiracy, attempted culpable homicide and unlawful possession of firearms,” the statement explained.

It then appealed to Melaye to report to the command headquarters in Lokoja to answer the allegations against him and stop joining issues with people, who have nothing to do with the case at hand. You may also like; I made N1.2m posing as fake Police Inspector – confession of a Welder