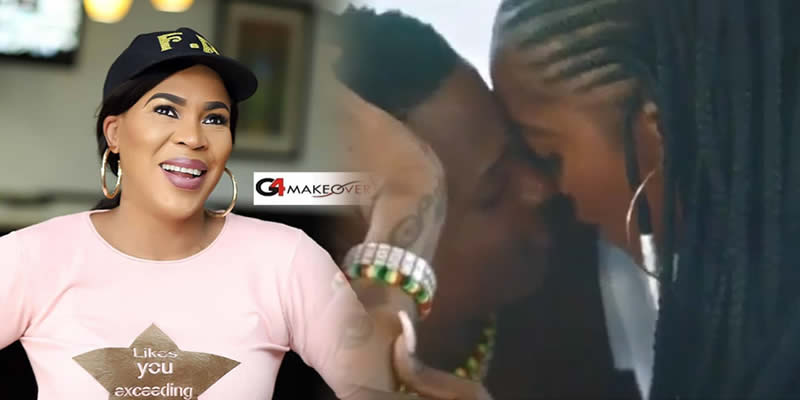 Several people in the showbiz industry are known to engage in a lot of make-believe. Many things are not usually what they seem like.

Music stars, Wizkid and Tiwa Savage, have become the topic of discussion after a new music video, Fever, started making the rounds.

The video which featured a lot of romantic scenes between the stars has got a lot of Nigerians talking as it helped strengthen the rumours that there is a passionate relationship going on between them.

Some people took to Twitter to share their views. A few believe that the romantic video is a publicity stunt that is meant to get people talking, while others see it as proof that Tiwa and Starboy are an item.

The video has also caught the attention of Yoruba actress, Fathia Balogun. The pretty thespian lauded the efforts of the artistes as she believes that the recording is a wonderful one and a work of art because it captures what make-believe is about.

Omo mi, @tiwasavage on this…gave it her all. The chemistry is so believable; that is what art is about. Making make-believe seems like what you should believe. #fever video out. Check @wizkidayo 's bio

She posted a short clip on her Instagram page and followed it with a caption that reads:

“Omo mi, @tiwasavage on this…gave it her all. The chemistry is so believable; that is what art is about. Making make-believe seems like what you should believe.”

You may also like; “My Career Was Robbed”- Funke Olayode ‘African Celine Dion’ Speaks