As Nigerians continue to analyze her appearance in Wizkid’s new video, Africa’s queen of pop music, Tiwa Savage, has a message for people in relationships.

“it doesn’t have to make sense to other people,” she posted in a cryptic message hours after she was seen, featured as a vixen in the new released Wizkid music video titled ‘Fever’.

The pair have been liked together several times in the last one year but they continue to debunk rumours that they are lovers.

Many may see 38 years old’s message as a response to the backlashes she’s receiving for her sultry acts on the video where she appeared to caress Wizkid, 28.

The mother of one who is separated from her husband and ex manager, Teebillz, also shared a post where she wrote: “You are my favorite place to go when my mind searches for peace” 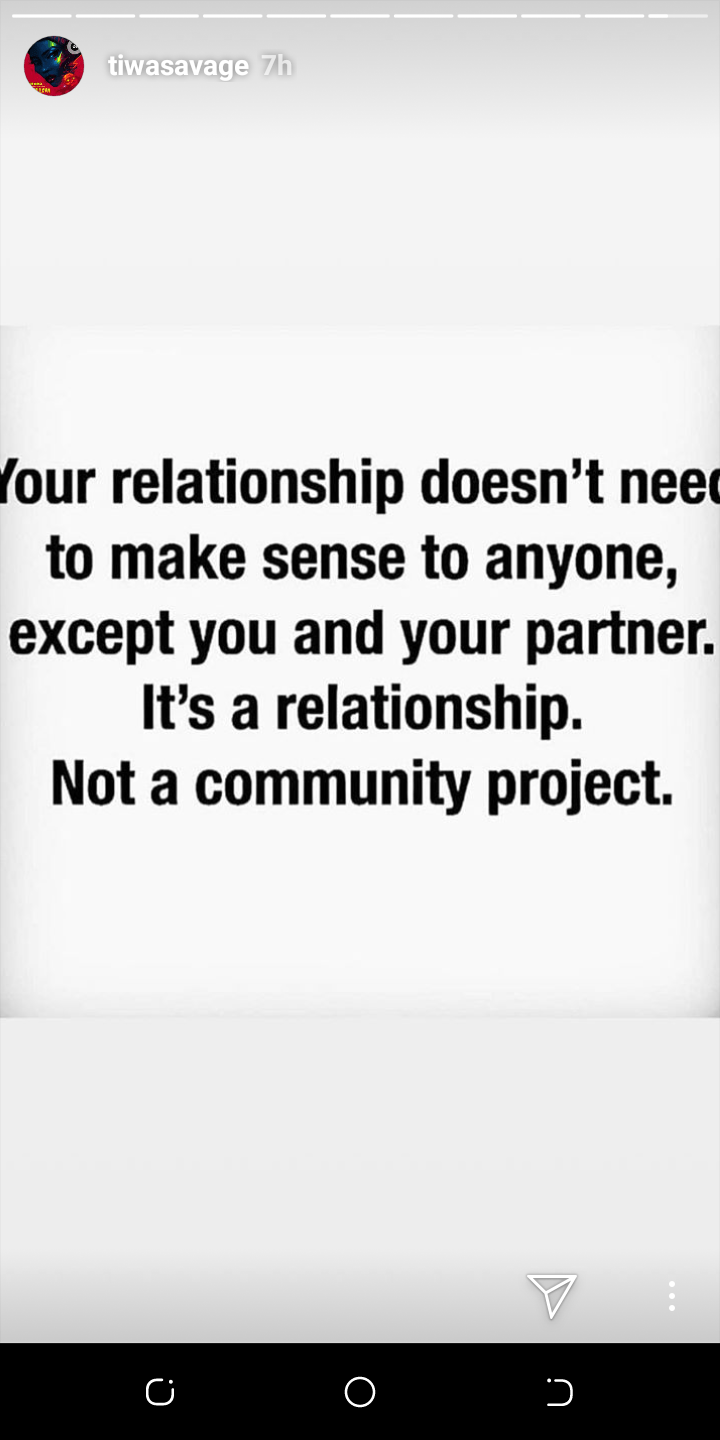 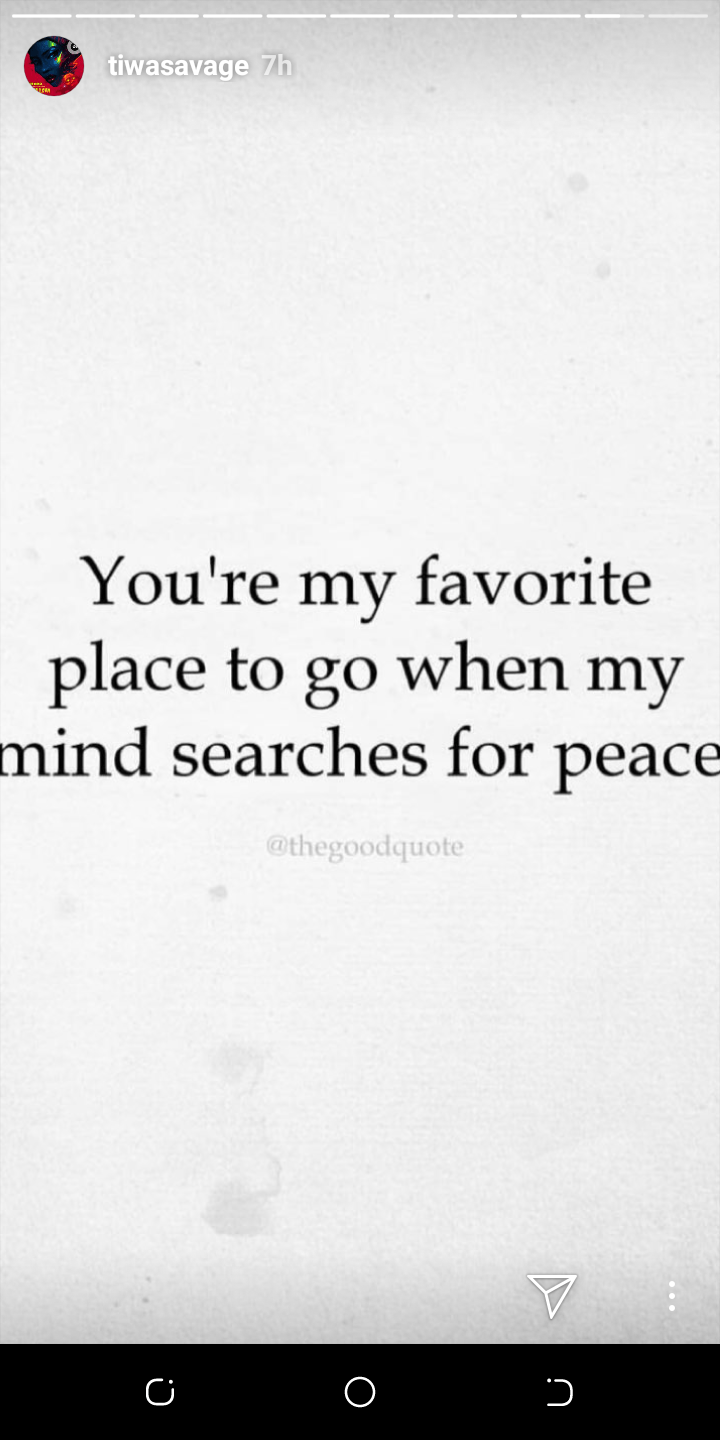