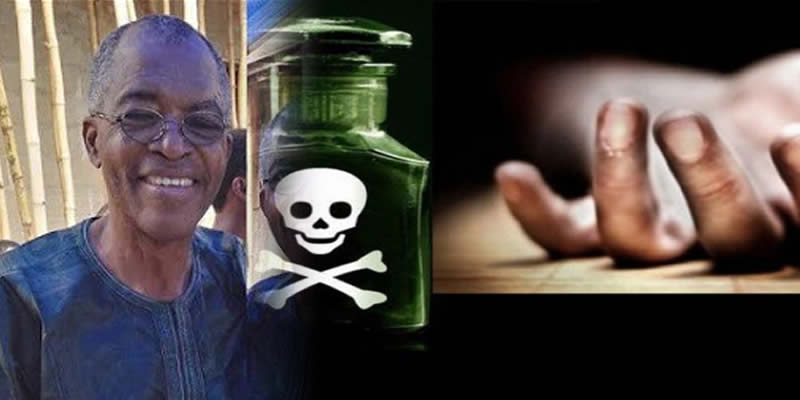 A Professor of Biological Science with the Federal University of Agriculture Makurdi, Frank Onyezili has committed suicide.

It was learnt that the deceased’s decision to end his own life might not be unconnected with depression and loneliness which he was believed to have suffered lately because his family (wife and children) are said to be living abroad.
Onyezili took his own life at the weekend by drinking a substance suspected to be poison after leaving behind a suicide note.

A colleague of the deceased, who wouldn’t want his name mentioned, told journalists that the family of Onyezili had abandoned him and that could have been the reason he decided to end it all.

The Director of Protocol and Information of the university, Mrs Roseline Waku, confirmed the incident but said she was not privy to the information contained in the suicide note.

READ: Tonto’s sister attempts to kill herself with Hypo bleach

Helen Paul studying to become a professor in U.S

When contacted, the Police Spokesman of the Benue Command, DSP Moses Joel Yamu, said he was yet to get the detail of the incident as of the time of this report.