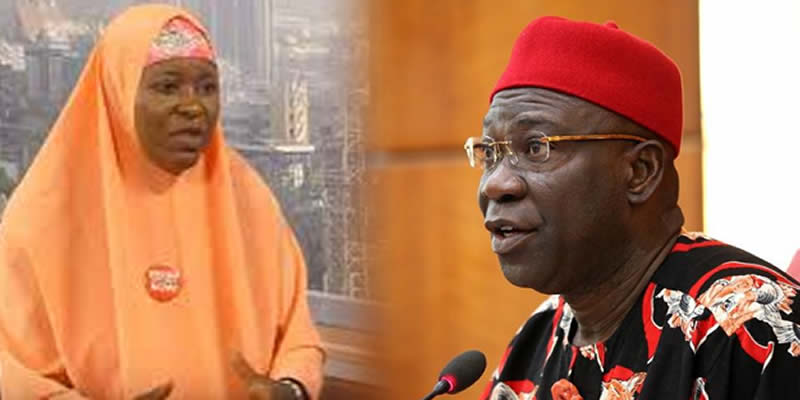 Co-convener of the BringBackOurGirls, BBOG, advocacy group, Aisha Yesufu, has reacted to the reported plan of the Deputy Senate President, Ike Ekweremadu, to decamp to the All Progressives Congress APC.

We earlier reported that Ekweremadu, a leader of the Peoples Democratic Party, PDP, in the South East, denied speculations making the rounds that he was on the verge of dumping the party.

Ekweremadu, who reacted in a Facebook post, said he was still a member of the main opposition party.

But in her reaction to the speculation, Aisha wondered why the politicians should always be moving either from one party to another.

“What is this story about Ekweremadu moving to APC?

“While we wait and see just know this is Siamese twins syndrome #APCPDP.

“They are one and the same using you to do MUGU!”

You will also like this; Imo 2019: Okorocha reacts to indefinite adjournment of APC primaries, reveals who will succeed him
Share