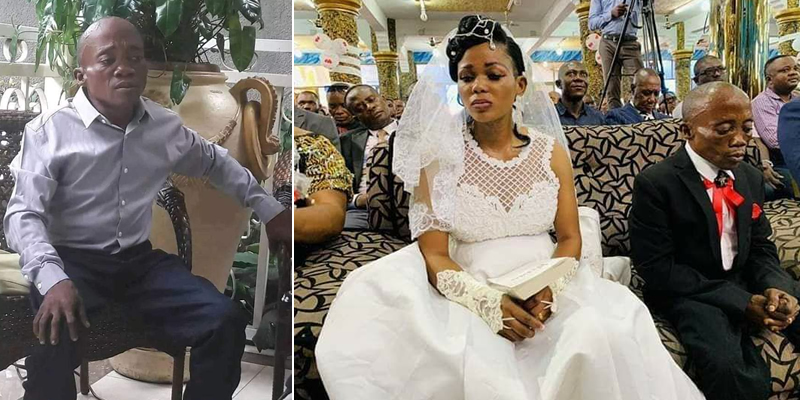 You all remember the bride who appeared gloomy on her wedding? The photos from her wedding trended on social media, with many saying she was probably unhappy with the marriage, as she weds her older lover.

Days after the photos went viral, new photos from their honeymoon were released, with the bride smiling this time around.

But Social media users weren’t buying any of it.. They claim she married the man because of his money.

If information reaching us is anything to go by, then its a confirmation that she indeed married the man because of his money.

According to insiders, the said ‘unhappy bride’ carted away with her newly wed husband’s money and properties, and the latter has lamented just few weeks after their elaborate wedding.

Check out their honey moon photos where they were kissing here.